Using the daily data collected through GeoPoll’s Media Measurement Service, GeoPoll has analyzed the top TV stations in Tanzania for Q2 April 1st – June 30th. We examined both tv ratings* and share** for the top stations in Tanzania. The below chart shows the average ratings for the top 10 stations during prime time from 19:00 (7pm) to 22:00. 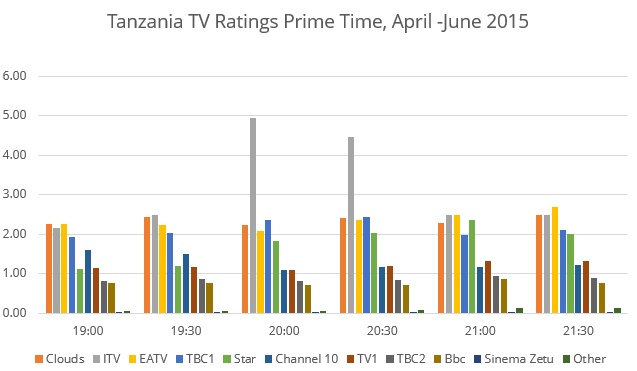 Earlier in the evening, EATV’s “5SELEKT show”, a show that targets teenagers by capturing their interests and projecting them to their fellow teens through social networks, garnered higher ratings for the station between 1700h and 1730h as demonstrated in the chart below: 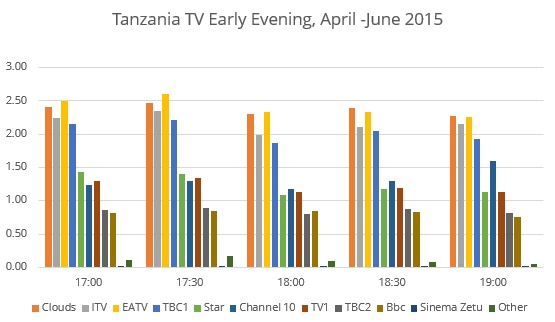 GeoPoll also examined average share over the entire period from April 1st – June 30th. GeoPoll found that on average, Clouds has the highest share, with an average of 19.11%, followed by ITV and EATV, which had similar shares of 18.32% and 18.20% of the total audience. Full results are below: 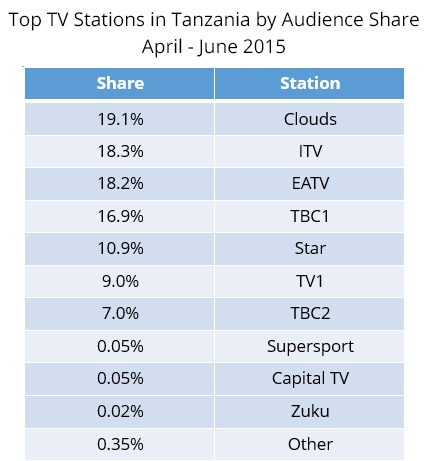 Between Q1 and Q2 we observed that most of the stations maintained their share of audience apart from TBC1 and TBC2 which had a marginal decline in share. Below was the average audience share for Q1: 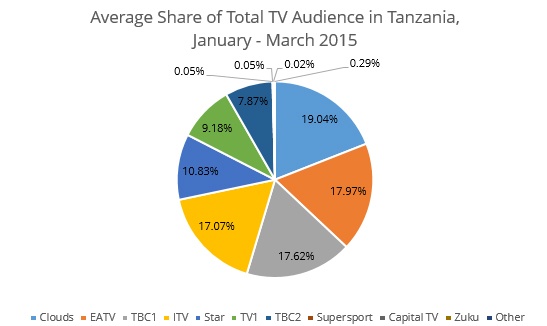