Using the daily data collected through GeoPoll’s Media Measurement Service, GeoPoll has analyzed the top TV stations in Nigeria for Q2, April 1st – June 30th. We examined both ratings* and share** for the top stations in Nigeria, in the states of Lagos, Abuja, Rivers, Edo, Oyo, Kaduna, Abia, and Enugu. The below chart shows the average ratings for the top 10 stations during the peak hours, from 19:00 to 21:30. 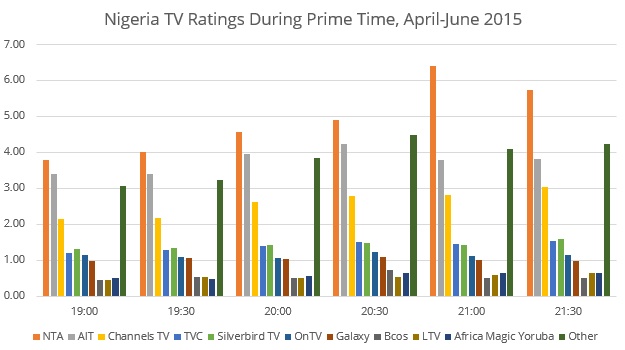 As displayed in this chart, NTA had the highest ratings during Q2 in prime time. NTA maintained sustained high ratings during this time, while AIT experienced a smaller peak during its airing of the news at 20:00 and 20:30.  Nigeria boasts numerous TV stations that are organized by state which results in the high rating for “other” stations in the above chart. These “other” stations can be analyzed in more detail with GeoPoll’s full dataset.

GeoPoll also examined average share from April to June 2015. GeoPoll found that NTA had the highest share in Q2, capturing on average 21.2% of the audience. AIT and Channels TV rank second and third with 17.9% and 11.9% respectively. 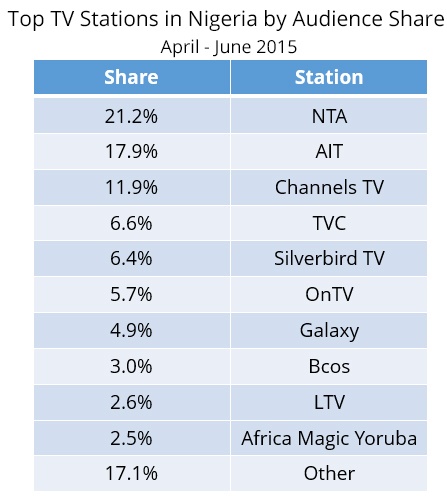 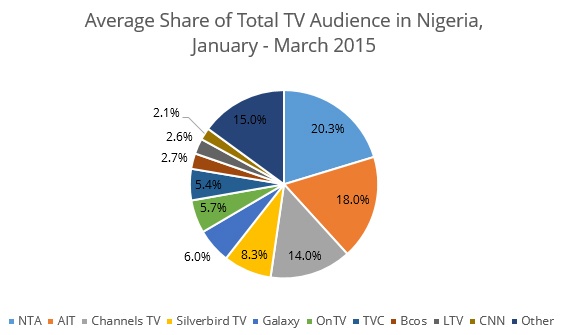