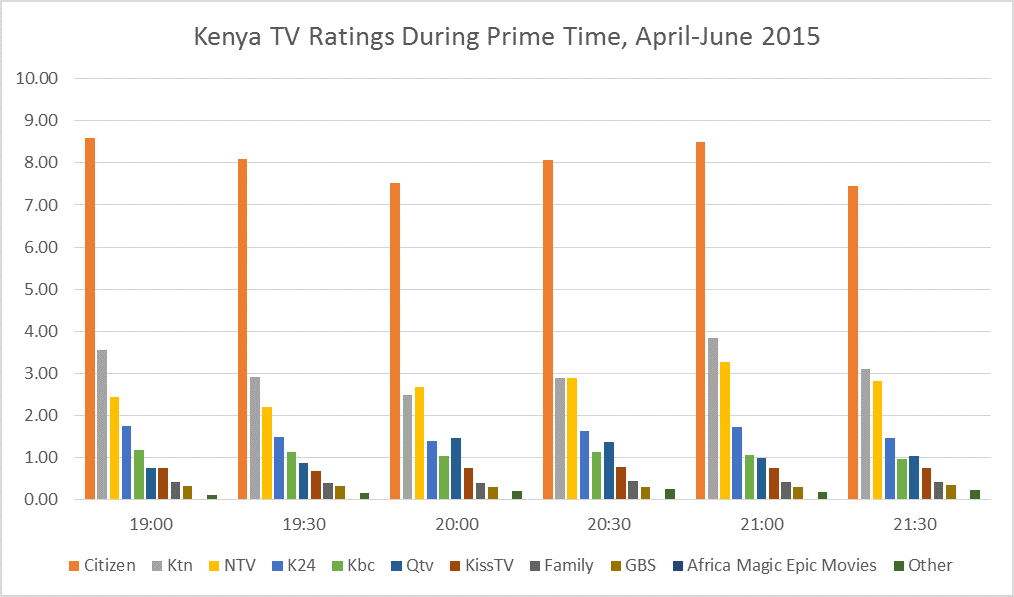 Citizen had the highest tv ratings during Q2 in prime time. Citizen maintains sustained high ratings during this time while KTN and NTV experience smaller peaks when they air the news at 19:00 and 21:00, with KTN experiencing a higher peak at 19:00pm.

QTV and K24 also experience peaks during prime time, with QTV only overtaking K24 in ratings between 2000h and 2030h, when QTV’s main news of the day airs.

On Sundays, NTV’s “Churchill show” garnered higher ratings for the station between 2000h and 2030h, as demonstrated in the chart below. This finding reiterates what we found in November when we examined the popularity of the Churchill Show. 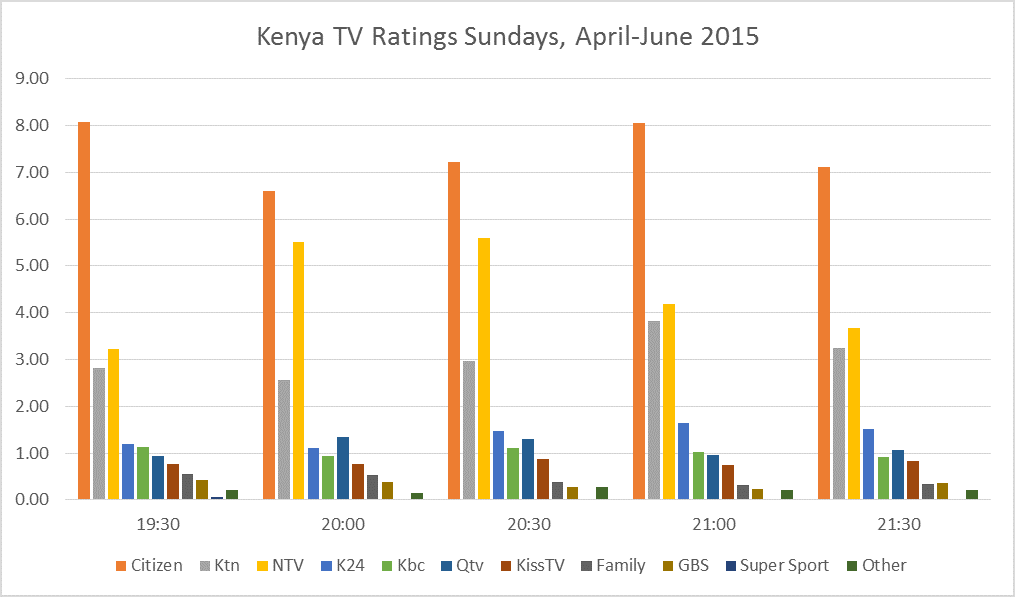 GeoPoll also examined average share** from April to June 2015. GeoPoll found that Citizen maintained the highest share in Q2, capturing on average 38.84% of the audience. KTN and NTV rank second and third respectively.  K24 and KBC, who had gained some share due to the analog to digital switchover in Kenya and the resulting switch-off of several channels including Citizen, have lost the share they gained during the Q1, and had a share of 8.96% and 7.09% respectively in Q2. Full results are below: 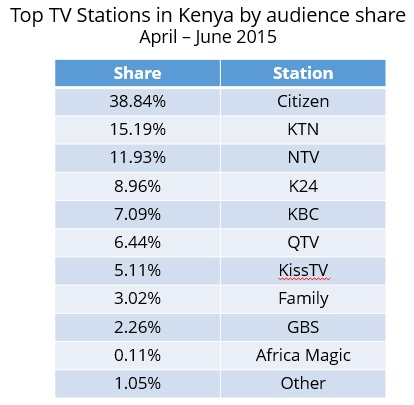 For comparison, below is the share we observed for Q1.  During Q1, KBC and K24 had a higher share than in Q2, due partly to the temporary shut off of NTV, KTN, Citizen and QTV. 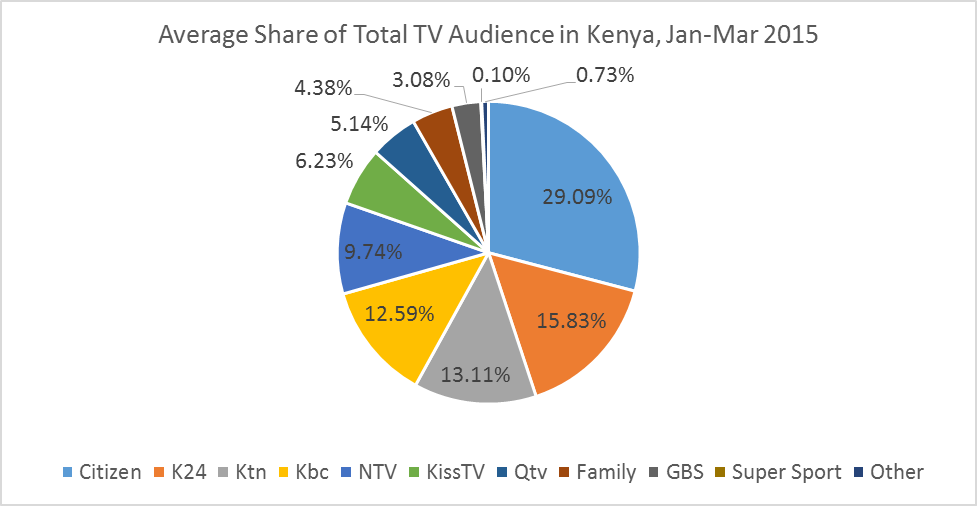