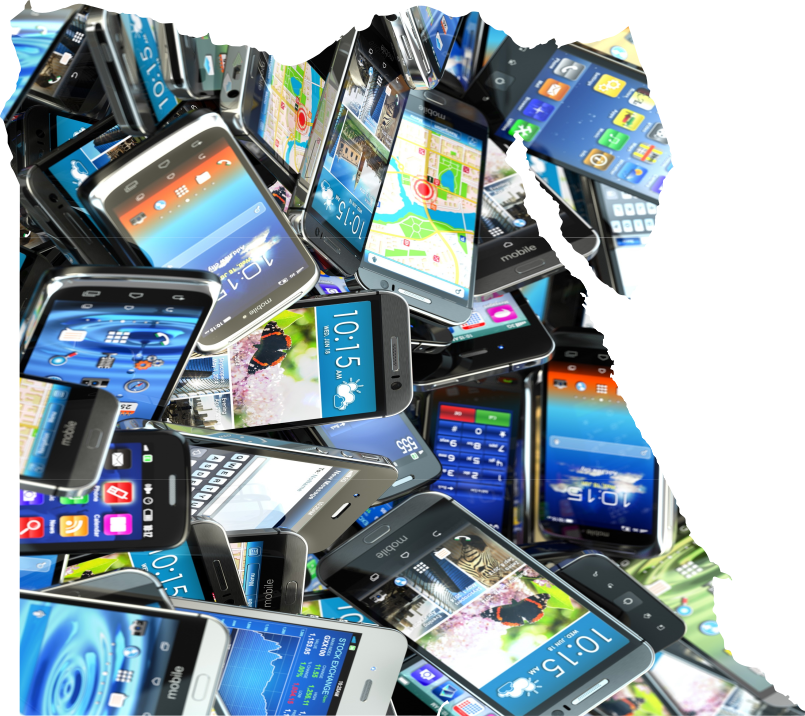 Supported by a population of about 103 million, Egypt has one of the largest economies in Africa. The country serves as a bridge between Africa and other parts of the world, particularly the Middle East, making it a key player in the MENA markets. It is this unique position and ongoing reforms that have helped Egypt grow consistently economically. One of Egypt’s growth drivers is an ongoing digital transformation, which we will touch on in this article.

Mobile phone services were first introduced in Egypt in 1996. By 2000, about 1.98% of the population were subscribed to mobile phone services. Since then, mobile penetration has grown in leaps and bounds. For the year 2020, the Egypt Ministry of Communications and Information Technology announced that 98.8% of Egyptian households and 95% of individuals owned mobile phones.

According to Datareportal, there were 95.75 million mobile connections in Egypt in January 2021, equivalent to 92.7% of the total population and a 2.9% increase compared to the previous year.

However, we must note that mobile penetration is essentially a grey area in most countries due to a lack of data on unique mobile subscribers. A recent GeoPoll survey on mobile phone usage in multiple countries in Africa and Asia showed that 92% of the recipients owned multiple-SIM phones.

Access to the internet is fast becoming an indispensable basic need for most people in the world. With fixed internet connections very low, especially in developing nations, mobile internet has risen to bridge the gap. Over half the world’s population now use mobile internet, with three-quarters of all mobile internet users living in low- and middle-income countries, according to the GSMA.

This reliance on mobile internet has, naturally, pushed up the penetration of smartphones in Egypt. International Data Corporation’s Worldwide Quarterly Mobile Phone Tracker reports that the smartphone market grew 10.6% year-on-year in 2020.

GeoPoll has the capabilities to conduct research projects via mobile phones in Egypt. Our platform and partnerships with mobile network operators in Egypt allow us to run surveys via SMS, voice calls (CATI or IVR), in-person (CAPI), mobile web, mobile application, and mobile-based focus groups.

To learn more about our research capabilities in Egypt and beyond, contact us today.