Nigeria, the most populous country in Africa, was first introduced to mobile phones in 2001. At the time, owning a mobile phone with basic functionalities was a luxury only a few could afford. Two decades later, the mobile market in Nigeria has experienced exponential growth. Drawing from different data sources, this article will examine mobile penetration in Nigeria. Additionally, we will be reviewing the country’s state of mobile internet penetration and some of its major challenges.

SIM card penetration is the total number of SIM card connections in a country as a percentage of the total population. Looking at the statistics from DataReportal, there are 187.9 million mobile or SIM connections in Nigeria in January 2021. These mobile connections are spread across the four major mobile service providers in the country.

However, gauging mobile phone ownership in Nigeria by using mobile or SIM connections is often not very accurate. This is because many mobile phone users in Nigeria use dual SIM phones which allow them to use multiple SIM cards or mobile connections within one mobile device. A report by OpenSignal shows that 66% of phones in Nigeria’s mobile market are dual SIM phones. The same report ranks Nigeria as the country with the highest numbers of dual SIM phone users—closely followed by Bangladesh and Tanzania.

Dual SIM phones are high in demand in Nigeria’s mobile market because they allow users to juggle between two network providers on the same mobile phone. Users can easily switch their connection to get the best rates for voice calls, text, and data without having to carry two mobile phones. Because one person may own multiple SIM cards, using mobile connections or SIM connections as a metric can artificially inflate the actual penetration rate of mobile phones within a population. 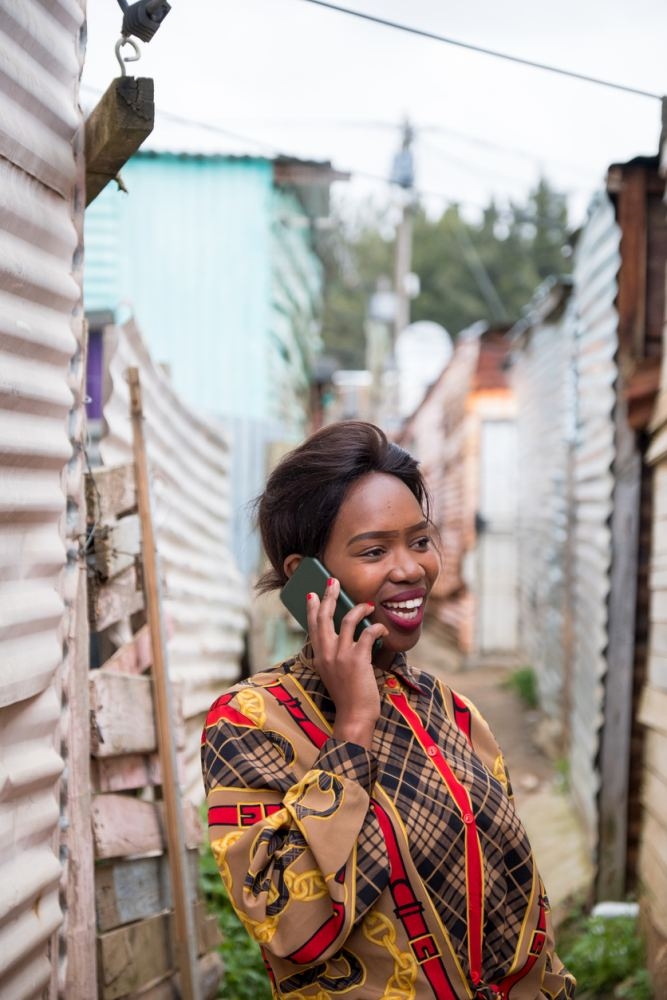 Unique subscribers refer to the number of individuals who own a phone in a country. While Nigeria’s mobile penetration rate is lower than developed markets, it is higher than the average across sub-Saharan Africa, standing at around 50% as of 2018, and estimated to rise to 130 million or about 60%-65% of the total population by 2025. Additionally, a 2017 study by Pew Research found that 80% of adults in Nigeria owned some type of mobile phone, though the most common phone type was a basic mobile phone.

It is also important to note that when Nigerians connect to the internet, the vast majority do so from a mobile phone. A study Data Reportal shows that 92.4% of the total internet users in Nigeria are from smartphones, demonstrating the importance of the continued growth of mobile internet connectivity in the country.

These figures are partly driven by an increasingly low price point for Android phones in Nigeria’s mobile market. Thanks to Asian brands like Techno and Infinix making smartphones targeted to Nigeria’s mobile market, the average price of smartphones, which was $216 in 2014, dipped to $95 in 2018, and some basic internet-enabled phones can be bought for as low as $20.

Although mobile internet penetration is growing, there are several barriers to access in Nigeria. Affordability is one major barrier for many internet mobile users in Nigeria. Internet cost is still at the high end even after The Nigerian Communications Commission(NCC) lifted data floor price limits in 2015 and gave service providers the liberty to drop their data tariffs as it suits them. The lifted data floor resulted in a drop in data prices, but data costs are still high, especially for those living in poverty.

A report by Research ICT Africa shows that the price of 1GB of data in Nigeria fell from $11.18 in Q3 of 2014 to $2.78 by the end last quarter of 2019. However, looking at the high volatility of Naira, Nigeria’s official currency, the cost of data for 1GB in the third quarter 2014 was $11.18 and six years later, it was $2.78. Although Nigeria has the largest economy on the continent, 40.1% of its population lives in poverty, earning 137.4 thousand Naira (roughly $361) per year, so mobile and internet access is still out of reach for large portions of the population.

Another major barrier to mobile internet access is poor quality service from mobile operators. Oftentimes, there are frequent interruptions of services. Inadequate power supply, heavy taxation of network providers, and infrastructure deficit are some of the major reasons for epileptic network services in Nigeria.

While Nigeria still has a ways to go until all of its population has access to mobile phones, the benefits of the growth in mobile penetration in the country are clear. The availability of mobile services has encouraged digital inclusion in Nigeria and has made the exchange of information very easy for business and social advancement. Mobile usage has also helped in the reduction of transportation especially in the agricultural sector, since communication can be done on mobile phones.

Businesses in Nigeria are also leveraging SMS, mobile apps, and websites to reach new business prospects, and the mobile advertising market in Nigeria is also booming. As mobile and mobile internet penetration rates continue to grow in the country, even more services will be tailored for mobile.

GeoPoll leverages the power and reach of mobile to conduct research in Nigeria via voice calls, SMS, mobile-optimized web links, and other modes. To learn more about our research services or get a quote for an upcoming project, please contact us.