Using the daily data collected through GeoPoll’s Media Measurement Service, GeoPoll has analyzed the top TV stations in Uganda for the first quarter of 2015, from January 1 – March 31. We examined both ratings* and share** for the top stations in Uganda. The below chart shows the average ratings for the top 5 channels in Uganda during peak viewership time. 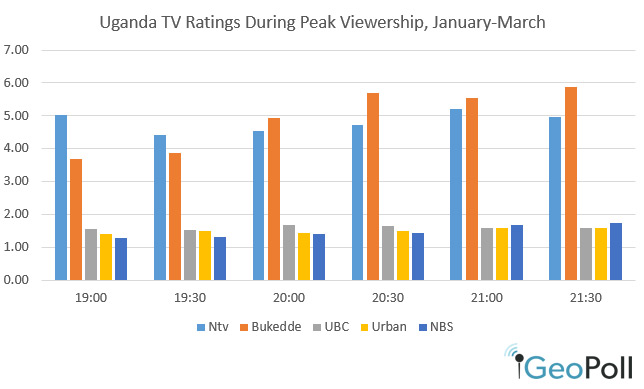 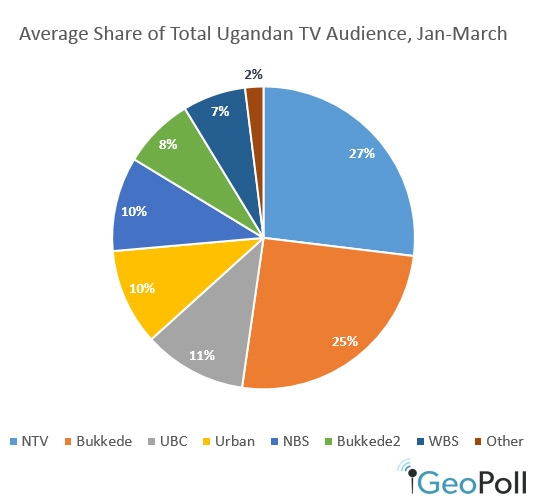