Mobile Penetration and Growth in Kenya

Kenya is one of the most technology-advanced countries in Africa, which has had many christen it the Silicon Savannah. In recent years, most of Kenya’s technological innovation has been centered on the mobile phone, with several mobile innovations either originating from Kenya or using the country as a launchpad to the rest of the continent.

The Mobile Penetration Rate in Kenya The World Bank’s pointer is mobile cellular subscriptions, which as per the latest data in 2019, places the figure at 104%. The Kenya Government’s Communications Authority defines mobile users by SIM penetration, and as of June 2020, reported a 119.9% mobile penetration, a 10% growth from the previous period. We must note that the extra penetration rate is driven, to no small extent, by the ownership of multiple SIM cards, as price-sensitive consumers take advantage of the different offers of the various mobile network providers.

GSMA defines mobile penetration by unique mobile subscribers to counter the drawback of counting total subscriptions, which stood at 59% in 2017. A study conducted by Pew Research in 2017 found that 80% of adults in Kenya reported owning a mobile phone, with 30% owning a smartphone and 50% owning a basic phone.

No matter how you look at it, Kenya’s mobile penetration is higher than the average of the rest of Sub-Saharan Africa and continues to snowball as more and more previously unconnected people, and regions in the country get access to mobile services. 5G technology is now being trialed in Kenya, and GSMA estimates that Kenya will have 7 million new mobile subscribers by 2025. 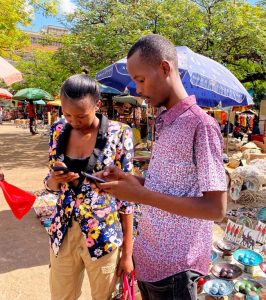 In addition to the penetration of basic mobile services such as voice calls and SMS, it is essential to look at internet and smartphone penetration. Digital connectivity plays a vital role in transforming and improving lives, as it opens the door to employment, financial opportunities, and inclusion for people across the world. There has been a rapid growth in internet penetration in emerging regions over the last decade, with the Boston Consulting Group (BCG) forecasting that more than 90% of all new internet users will come from emerging markets.

For a country that relies so heavily on the mobile phone, it is not surprising that internet access skews towards mobile internet in Kenya. The Kenya Digital Report found that 97% of all internet users in Kenya access the internet on mobile phones, with Kenyans spending over four and a half hours every day using the internet on their phones. As a segment of the overall population, GSMA places the mobile internet penetration rate in Kenya at 27% of the people, representing one of the highest five-year growth rates in Africa.

The growth in mobile internet use in Kenya correlates with a rise in smartphone usage, driven by the emergence of cheaper smartphones and a relatively young population actively looking for information and connection online. This prevalence of smartphones has gradually made Kenya a favorite launchpad for several mobile-based services, including mobile money, targeting the region. 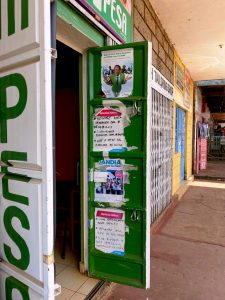 It is difficult to talk about mobile in Kenya without discussing mobile money. Kenya leads the world in the adoption of mobile money services, which enable sending and receiving of money through mobile-based accounts, with 96% of households owning a mobile money account.

Mobile money in Kenya is almost synonymous with M-Pesa (which means mobile money in Swahili), which refers to the global market leader in mobile money, Safaricom’s M-Pesa. M-Pesa holds a nearly universal market share of 98.9% of the Kenya mobile money market. Since its launch in 2007, M-Pesa, and by extension other mobile money providers, have contributed positively to Kenyans’ financial inclusion. Transactions performed on mobile money providers include paying for commodities and services, taking out loans, opening savings accounts, making payments for government services, and betting, among others. In an otherwise severely unbanked population, 73% of adults were financially included in 2017; and of these financial account holders, 98% held mobile money accounts.

Mobile money is so crucial to Kenya’s economy, with at least 50% of Kenya’s GDP flowing through mobile money, that most mobile money transactions were zero-rated to shield citizens from the effects of COVID-19. In GeoPoll’s 2020 Year-End survey, we found that customers were using mobile money more frequently in 2020 than in the previous year, likely driven by COVID-19 and a desire to use contactless payment methods.

The mobile phone has become essential for day-to-day life around the globe. As more and more people worldwide get connected to phone services, regions experience growth as it becomes easier for information to flow and citizens to access banking and other essential services. Casting a glance at mobile penetration levels in different areas globally, it becomes clear that countries with better mobile access rates are typically economically stronger than countries with less connectivity. This may probably be one of the keys to inclusive growth globally, as is apparent in Kenya. The growth of mobile penetration in Kenya has led to increased employment and income generation, which manifests as more people get access to phones.

GeoPoll, whose largest office is based in Nairobi, leverages the growing power of mobile to conduct surveys throughout Kenya and sub-Saharan Africa. We reach people on their own mobile devices through SMS surveys, voice calls, and web-based methodologies and conduct in-person surveys recorded on mobile devices to reach those who do not have access to their own mobile phones. For more information on our mobile methodology, please contact us today.