Uganda
The below chart shows the average ratings for the top 10 stations in Uganda during prime time, from 19:00 to 22:00. 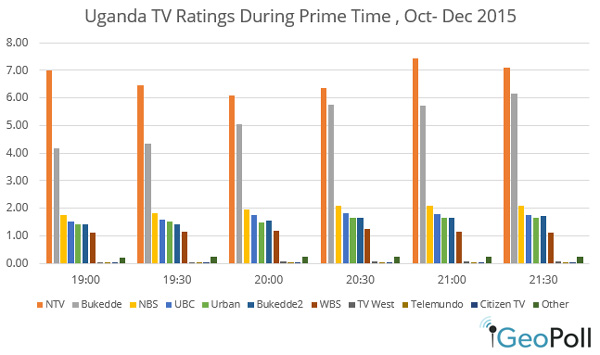 By audience share, the top station in Uganda from October 1st – December 31st was NTV, with an average share of 32.4%. Bukedde and NBS rank second and third with 22.7% and 10.7% audience share. Full results are below: 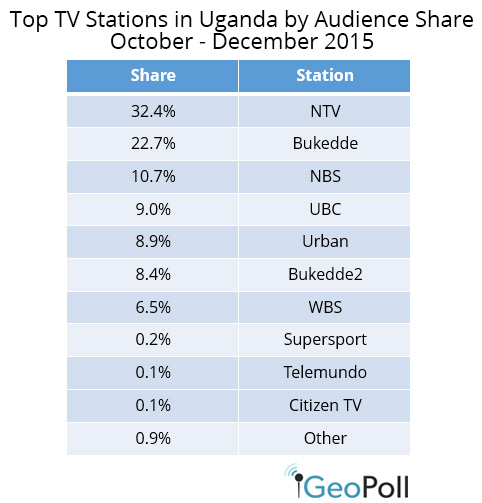 Rwanda
The below chart shows the average ratings for the top 10 stations in Rwanda during the day from 06:00 to 22:00. 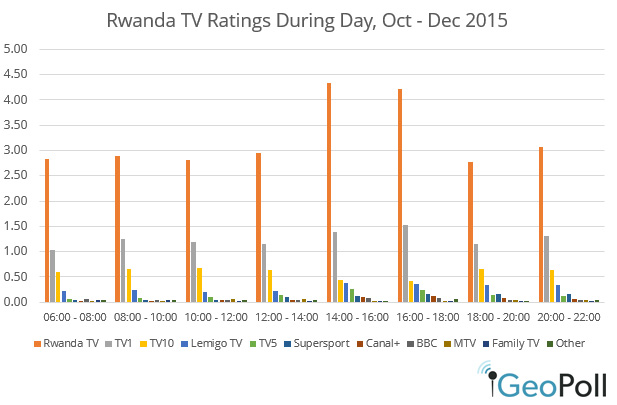 Here are the top stations by average audience share in Rwanda for Q4 2015: 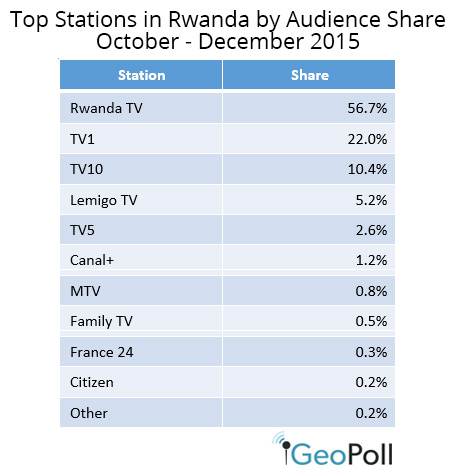 For more detailed TV ratings from Uganda, Rwanda, as well Kenya, Ghana, Nigeria, Tanzania, the Democratic Republic of Congo, and Mozambique contact us to learn more about Kantar-GeoPoll Media Measurement, the leading audience measurement service for TV, radio, and print in Africa.