This week, the Corporate Council on Africa is hosting the biannual US-Africa Business Summit in Addis Ababa, Ethiopia. This summit is bringing together global corporations, governments, and NGOs to discuss everything from Africa’s economic growth to global health and agribusiness. GeoPoll’s President, Steve Gutterman, moderated a session on the growth of Fast Moving Consumer Goods (FMCGs) in Africa, and as part of this session GeoPoll conducted a survey in Kenya, Nigeria, and South Africa. GeoPoll was looking to get information directly from consumers about how trading policies, company investments into Africa, and the state of the economy in each country has impacted their spending habits. In 2014 we conducted a similar survey in Kenya and Nigeria, and have included some of the 2014 results below for comparison.

GeoPoll surveyed over 500 respondents per country in Kenya, Nigeria, and South Africa over just one day in January 2016. Here is what we found:

Views on the economy
As the below chart shows, countries are split on performance of their economies in the past 90 days. In both Kenya and Nigeria, people’s perceptions of the economy have improved since 2014. 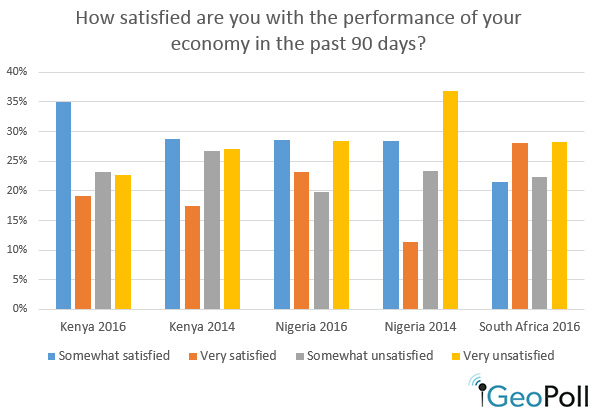 A majority of respondents in each country believe the economy will improve in the next 90 days. 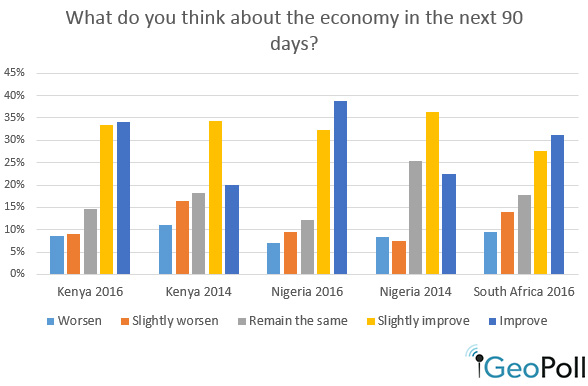 In every country, we find a majority of respondents are spending more this year than last year. 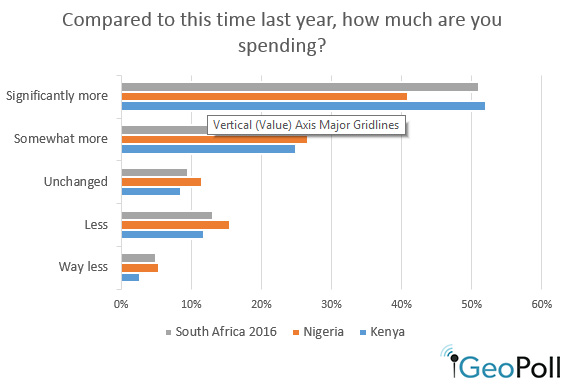 Shopping habits
GeoPoll also examined shopping habits in each country, asking respondents where they shopped most recently, what products they bought, and if they have a preference in buying locally made or imported products.

Products bought also differed by country, as illustrated in the chart below. Kenyans were more likely to purchase food, while Nigerians and South Africans purchased clothes and cosmetics more often than Kenyans. 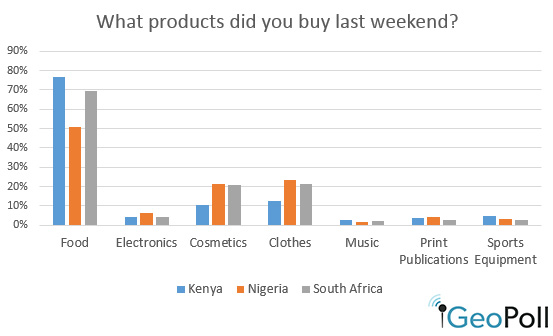 GeoPoll also found a strong preference in all three countries for locally made products.  In each country, over half of respondents reported buying local products last weekend.  All respondents were asked about their preferred product origins, with results in the chart below: 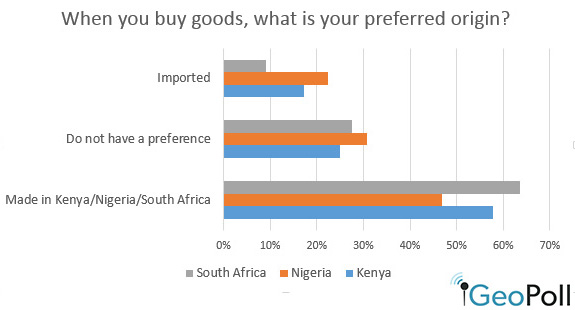 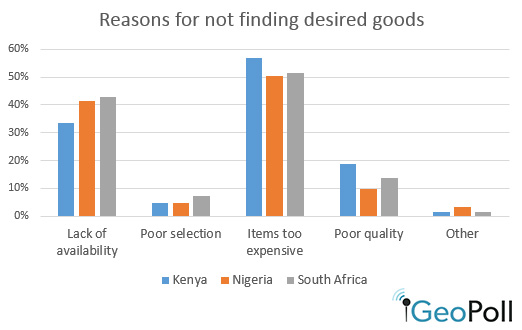 Finally, we asked if respondents thought they would spend more if they had access to a wider variety of goods from other countries, and found respondents were unsure of how their spending would change. This data is extremely valuable for anyone interested in fast moving consumer goods in Africa and how trade policies are impacting consumers in three countries with rapidly growing middle classes. 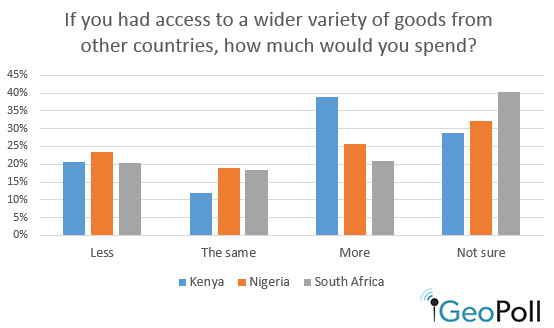 To run your own mobile survey through GeoPoll, click below to set up a GeoPoll On Demand account and create and send a survey to GeoPoll’s database of over 200 million respondents.

The spending habits of Youth consumers in Sub Sahara Africa

Holiday Spending in Africa: How Consumers Plan to Shop in 2019