What is the State of Retail Banking in Africa’s Biggest Economies? 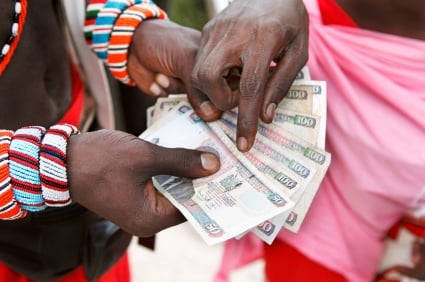 Equity Bank, GT Bank and Capitec are among the most preferred banks in Kenya, Nigeria and South Africa according to a recent GeoPoll Straw Poll. In an August 2017 survey conducted among 2,825 unique survey respondents in the three countries on customer satisfaction in retail banking, the level of customer service is the single biggest reason why bank account holders prefer one bank over another.

Overall, financial inclusion still remains one of the biggest challenges facing the banking system in Africa.

Retail banking in Africa has yet to reach its full potential and financial penetration still remains low. Less than a quarter of sub-Saharan Africa’s population has access to a formal bank account, this is according to the African Development Bank group report of 2015 (pdf).

When asked whether they had an active bank account, 90% of respondents from Kenya mentioned that they did. 94% and 95% of the respondents from South Africa and Nigeria also stated that they had an active bank account. It’s important to note, however, that the survey was run from the GeoPoll mobile app thus only those with a data enabled smartphone participated in this Straw Poll.

Out of Africa’s total adult population 80%  do not use formal or semi-formal financial services, this is for a variety of reasons. Lack of formal income, banking costs and ease of access are some of the contributing factors to this lack of financial inclusion to a huge percentage of the population.

From the respondents that indicated  not having a bank account, a majority attributed it to “No formal income” at 66% in Kenya, 38% in Nigeria and 44% in South Africa. A majority of respondents in Nigeria and South Africa attributed their lack of a bank account to other reasons besides the ones presented in the survey which were; proximity to formal financial services, the paperwork involved and bank opening and operating costs.

African banks find themselves on a perilous path as they navigate the challenges presented by low banking penetration rates and a highly competitive market, this is according to the Retail Banking Africa 2016 report by EFMA in collaboration with Oliver Wyman (pdf)).

There is a digital transformation happening in Africa and the banking industry has not been spared. Due to the changing consumer needs brought on by increased use of technology, many banks have not adopted as fast with many slowly playing catch up in providing services such as mobile and internet banking to their customers.

This may have attributed to the Primary and Secondary bank phenomenon according to our survey.

Customer service and convenience are the most loved features of the retail banking industry in the three African economic behemoths.

We posed the question, “Which features do you love most about your primary bank”. A majority picked customer service over other features namely; convenience, products & services, branding, stability, efficiency and transaction fees. Customer service as a winning feature in banking was picked by 68% of respondents in South Africa and 51% in Nigeria. However, most Kenyans chose convenience over customer service with the latter only being picked by 61% of the respondents.

Transaction fees, lack of good loan facilities and complicated loan processes are among the most noted by respondents as the reason they were unhappy with their banks.

Some of the biggest challenges faced by respondents with their current bank were:

Report Release: The State of Financial Services in Sub-Saharan Africa