Conducting survey research involving sensitive topics poses a significant challenge. Whether seeking information from vulnerable populations, such as young women and adolescents, or a specific subset, such as HIV positive individuals or survivors of gender-based violence, reaching these populations and asking them difficult questions requires delicacy and thoughtfulness.

Researchers must also be cognizant of sensitive survey topics that are less obvious. For example, asking respondents for their thoughts about their local government in societies where criticism is unacceptable. In those situations, respondents may fear their answers will be tracked back to them, and that their beliefs and views could put them in danger if they answer truthfully.

Researchers must remain mindful when working with these types of topics/populations to ensure that precautions are taken throughout the course of the study, from selecting a research mode, to designing the survey instrument, to training enumerators.

In this post, we will discuss effective strategies for conducting remote research with sensitive topics or vulnerable populations.

Remote survey research removes the face-to-face interaction of more traditional research methods. While this may lessen the comfort level for some respondents, it may offer a sense of anonymity for others. It also reduces the risk of being identified as vulnerable by being seen with an enumerator for a well-known study. While there is never a zero-risk scenario, mobile strategies help lessen the risk of identification in multiple ways. 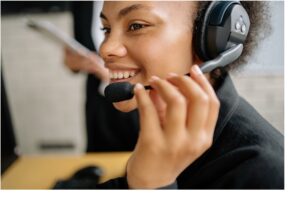 In terms of remote research modes, Computer Assisted Telephone Interviewing (CATI) may be preferable to SMS surveys when approaching sensitive topics/vulnerable populations. The character limit of SMS can make it difficult to ask nuanced survey questions. With CATI, an enumerator can introduce themselves and the project in more detail, offer to answer any questions, and begin a dialogue with the respondent, just as they would in traditional household surveys. They can help assure respondents that their answers are in no way identifiable, and that their mobile numbers will never be shared.

For surveys comprised almost entirely of controversial topics, running a pilot of the survey (if time permits) is advisable. A pilot enables researchers to identify questions with the highest drop-off rates, which may need to be revised or removed from the survey. A CATI pilot can provide additional insights, such as how respondents react to the survey, questions that are difficult to understand, questions that are sensitive in the context of the target audience or in a local language, and statistics on respondent refusal rate. This information can be crucial in deciding whether continuing with a full-scale survey within the CATI mode is appropriate at all, or if simple adjustments can be made to the tone or language of the survey instrument to better account for sensitivities.

The design of the questionnaire plays a critical role in administering a survey on a sensitive topic to a vulnerable population. Asking questions that are not directly linked to controversial language and feelings not only encourages respondents to answer more truthfully, but also avoids respondent drop-off throughout the survey.

Similar to traditional in person surveys, it is advantageous to start the survey with general sociodemographic questions before segueing into more sensitive topics. Research suggests respondents may be more willing to answer sensitive questions after already putting in the effort to answer earlier questions. Providing a short explanation before a potentially sensitive question to justify why it is important to the research and reassuring respondents that their answers will remain confidential can also help ease the transition.

Crafting the sensitive questions is often the most challenging part. For example, if an organization wishes to explore citizens’ perceptions of corruption in the government, it may not be best to ask, “do you feel your government is corrupt?” Instead, it may be beneficial to ask a series of proxy questions aimed at getting at the main research question. Instead of including a question that reads, “do you trust the government?” the language of the question could be adapted to ask, “who are your main sources for trusted information?” and provide government entities as an answer choice.

SUGGESTED  The Role of Culture and Language Adaptation in Surveys

Crafting survey questions in this manner also reduces bias, as it allows respondents to answer a controversial question more truthfully by minimalizing fear and apprehension. 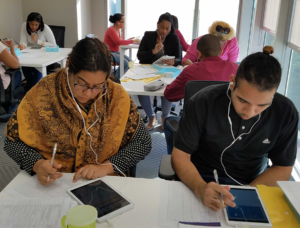 For any GeoPoll CATI survey, enumerators are trained on the survey instrument and background to ensure that they understand what each question is asking respondents and how to best administer the survey. Trainings usually last one or two days and include sessions on best practices for interviews as well as an ethics training that reviews survey consent, probing, and addressing vulnerable populations. One advantage to the CATI mode is that all GeoPoll enumerators are local to the country in which the survey is being run. This tends to create a basic sense of trust between the survey respondents and those administering the survey, given that they are able to communicate in their local language.

Additional trainings can be provided to prepare enumerators for surveys with sensitive topics or vulnerable populations. The trainings may include information on how to probe appropriately around certain topics and/or how to address potential vulnerabilities.

The topics and target audience of a survey may also determine the defining characteristics of the enumerator. For example, a survey which only targets young women (given the focus of the study or a high interest in a gender component) could be selective in training only female survey enumerators. The idea is that respondents, particularly from a vulnerable population, may feel more comfortable completing a survey administered by an individual of the same gender, increasing the likelihood they will answer the questions openly and truthfully.

Training CATI enumerators properly within these contexts is critical given the role they play in interfacing remotely with survey respondents. It is often only these individuals that will have any interaction with respondents, so it is important to make sure that these interactions are as positive as possible.

GeoPoll has worked alongside a variety of partners to conduct research with sensitive topics or vulnerable populations. Our researchers collaborate with clients to design questionnaires using language that is not threatening to respondents and does not trigger negative reactions that may compromise survey completion or quality. Our CATI interviewers receive extensive training in enumeration techniques and operate out of GeoPoll-managed call centers around the globe.

To speak to the GeoPoll team about our research modes and methodologies, please contact us today.

Considerations for Conducting Survey Based Market Research in Africa