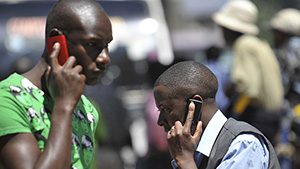 Accurate, up-to-date data on market trends, goods prices, and population statistics is vital for both commercial entities and governmental organizations to make more informed decisions, but in many areas of the world this data is extremely hard to come by. Emerging markets in Africa, Asia, and Latin America often lack basic data on development indicators, and this can hinder their growth. Likewise, brands are often hesitant to invest into a new market without an indication of their potential success, which is difficult to assess without data.

In the US and Europe, data collection methods are well-established and market research is a multi-billion dollar industry, but lack of infrastructure has prevented traditional research methods, such as face to face or phone interviews, from succeeding in emerging countries. However, over the past decade there has been a growing demand for better data from countries in Africa, Asia, and Latin America, and new technologies such as the mobile phone have enabled more research to take place. Collecting data from around the world is now more possible than ever, but researchers must understand the fundamental differences in conducting research in emerging markets versus in the developed world.

While mobile penetration is high across many emerging markets and internet usage is growing, landlines are extremely scarce, and desktop computers are not used by a large portion of the population. In Africa, recent data indicates that mobile accounts for over 60% of total internet usage, while desktops account for only 34%. This statistic varies widely by country, and in less-developed countries in Africa or in rural areas, mobile accounts for even more of the total internet share.

Traditionally, market research in emerging markets has been scarce, and studies that are completed have been done so with face to face methods that can be costly and time-consuming. The growth in mobile phone and smartphone usage in the past decade has changed this by enabling mobile-first research methods such as remote text message surveys, automated or interviewer-led voice calls, and mobile web surveys. When collecting data through mobile surveys and other mobile methods, researchers must be aware of the following best practices for conducting research in emerging markets:

Language and Wording Considerations:
Many emerging markets have multiple official languages and hundreds of regional dialects. Make sure to research the most common languages in the specific area you are collecting data from, and be open to running your questionnaire into more than one language. Wording for each question is also important, and should be tested before the full project is started. For example, GeoPoll has found that the best way to obtain respondent age is to ask “In what year were you born?”

Questionnaire Length:
When collecting data via mobile phone, overall questionnaire length and the length of individual questions is imperative. Questionnaires should be kept short and simple, as many respondents will be completing surveys on basic feature phones. GeoPoll recommends a total questionnaire length of 15-20 questions, for a 10 minute survey. If being sent by text message, questions and answers should fit within 160 characters. It is recommended that longer surveys are split into multiple surveys that can be run as a panel over several days.

Mobile Data Usage:
While marketers are often interested in testing messaging via photo or video sharing, in emerging markets the high cost of mobile data/internet usage must be taken into consideration. Images should be optimized so they are low in size while still being high enough quality to view, and videos should be limited to no more than 2 per survey. GIFS are a good alternative to videos, as they are small in file sizes while still containing multiple frames of content.

Compensation:
Compensation should be considered for all respondents, both to demonstrate that researchers value the respondent’s time and to improve response rates. Mobile airtime credit and mobile money are common and well-received forms of compensation in many emerging markets, and compensation levels can start at around $0.50 for a short mobile-phone based survey. If you are running a mobile survey, check that your survey provider can provide a direct incentive quickly deposited into the respondent’s account.

New technologies have opened up many possibilities for conducting research in emerging markets, but you must be aware of the nuances around data collection in these areas. GeoPoll is a full-service market research company with an active panel of respondents in more than 60 countries, and a robust multi-modal mobile survey platform. To speak to a GeoPoll expert about your data collection needs, please contact us today.