Betting, especially on mobile, is a widespread pastime (and sometimes a highly perceived income generator) among the youth in Africa. Over the years, GeoPoll has conducted surveys, both in-house and on behalf of clients, that point to the importance of the gambling topic across the continent. The first of such surveys was a rapid survey we conducted in May 2017 to assess gambling among the youth in Ghana, Kenya, Nigeria, South Africa, Tanzania, and Uganda.

In December 2021, we ran the same survey in the same countries and are happy to present the results here:

Most Africans have placed bets, and Kenya still leads in betting

Overall, 72% of the respondents answered in the affirmative when we asked if they have participated in betting or gambling. As with the GeoPoll 2019 study, Kenya led with 83.90% of Kenyans saying they have ever tried their hand at gambling or betting, followed by Nigeria (78%) and South Africa (74%). This percentage grew despite the Kenyan government taking far-reaching measures to curb betting in the country. 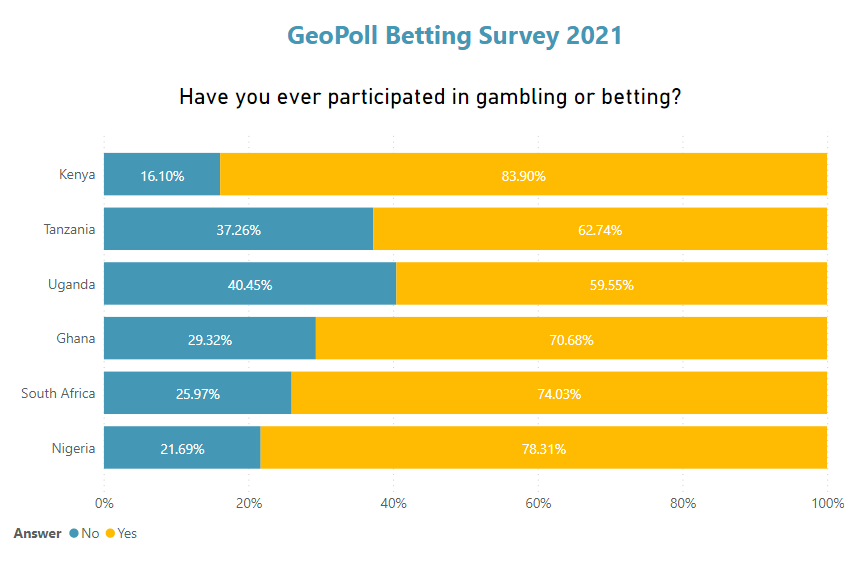 For the respondents who affirmed that they had ever placed bets, we followed up with a question on how often they were gambling. While on average 44.4% in the other countries said they bet only about once a month, the largest portion of Kenyan respondents said they bet at least once a week. Consequently, Kenya had the highest percentage of people betting once to several times a day (34%), followed by their East Africa neighbors, Tanzania (31%) and Nigeria (30%). 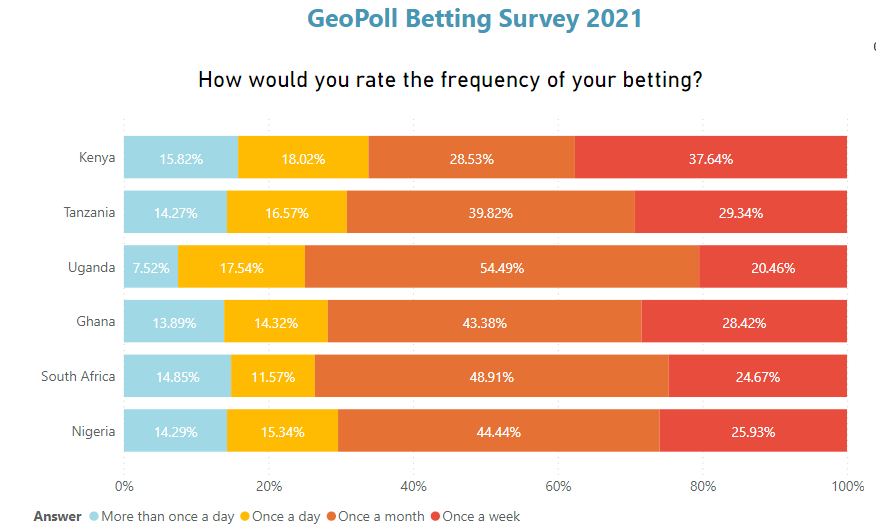 88% of those who bet do so on mobile phones

Football betting is the most popular

We also sought to know what people bet on most. Across all countries except South Africa, football (soccer) stood out, with 53% saying they mostly bet on football. In South Africa, lotteries (lotto) slightly edged football (29.3%). 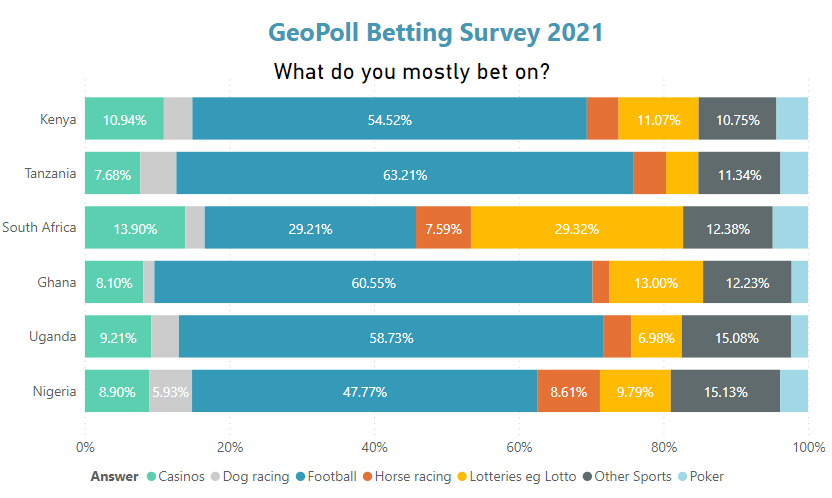 While the majority of bettors across all age groups preferred football overall, lotteries gain more popularity with increasing age.

When we asked about average monthly spending on placing bets, a big majority (80%) said they spend below $5 USD. On average, Nigerians had the highest average spend, followed by Kenya and South Africa. Please note that we used rounded local currency amounts in the survey and used approximate USD bands only for context. 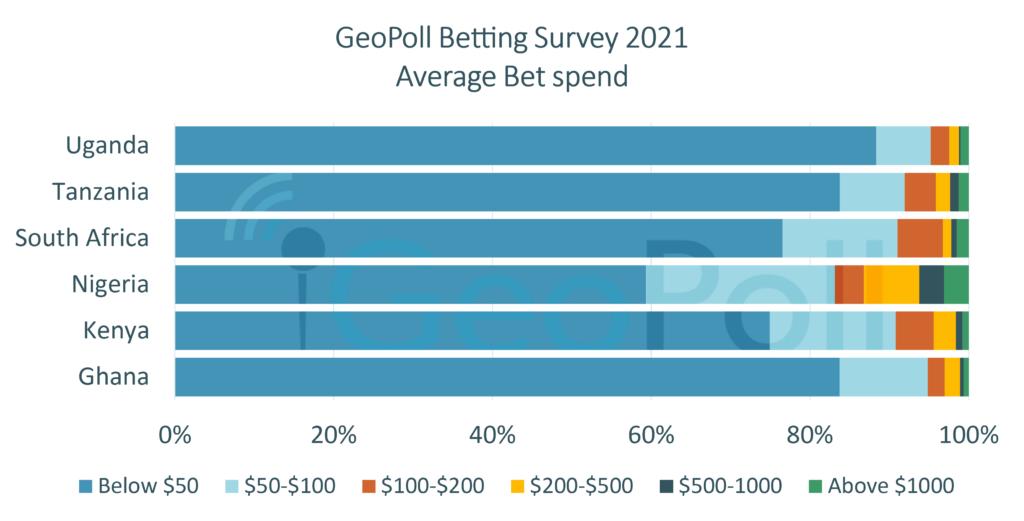 To conduct a scientific study on gambling or other topics in Africa, Asia, and Latin America, please contact GeoPoll.