To mark International Women’s Day, GeoPoll conducted a study on gender equality in Ghana, Kenya, Nigeria, and South Africa in the first week of March 2021. The survey gathered responses from 400 respondents per market, for a total sample size of 1600. The gender distribution was 50% female and 50% male, and the sample was roughly nationally representative by age and gender. It was conducted through GeoPoll mobile web links, which generally reach a more affluent and educated population than other methodologies such as SMS or Computer Assisted Telephone Interviewing (CATI).

GeoPoll produced an initial summary of the research findings along with an interactive dashboard of the research data in early March. In this supplemental summary, we detail participants’ responses to two open-ended qualitative questions posed at the end of the survey. The questions include:

The first open-ended question in the survey asked, “What woman do you look up to most in the world?” Although respondents specified a wide variety and number of different women, for analysis purposes, they can be loosely sorted into the 10 categories listed in the chart below. The categories represent the professional field or personal relation of each woman mentioned. 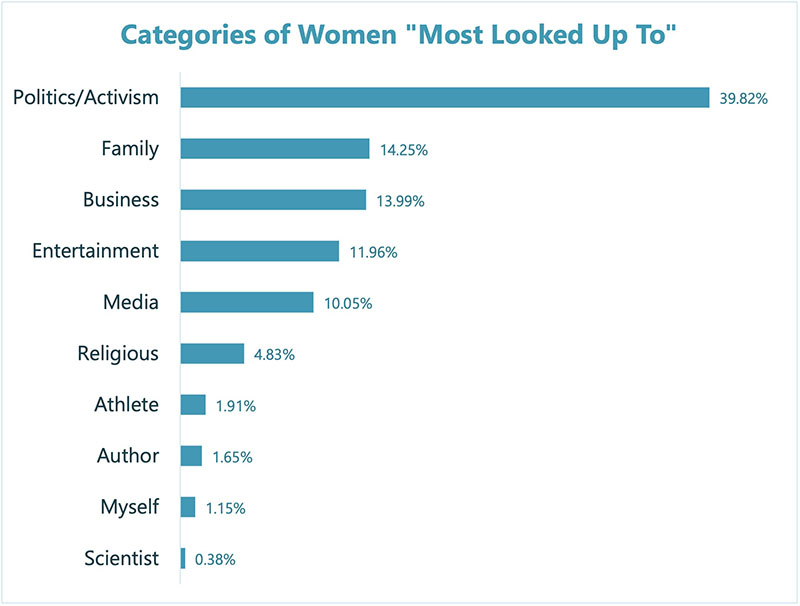 Of the 786 respondents that answered this question with a specific person (either the name of a specific person or the title of a specific person, such as my mother, my sister, etc.), 40% report most looking up to a woman in politics or activism. That is more than twice as many as any other field. Twelve of the 20 women cited most frequently can be categorized as political figures and/or activists.

Family members came in a distant second, with 14% of respondents listing their mother, wife, grandmother, sister, daughter, or aunt as the woman they look up to most.

Women in business were also named 14% of the time, but in actuality, many of the women assigned to other categories, such as entertainment, media and politics, also own or run their own business or started their careers in the business world.

The chart below displays the 20 women named most frequently in response to the open-ended survey question across countries and genders. The numbers in the chart indicate how many times each woman was named. 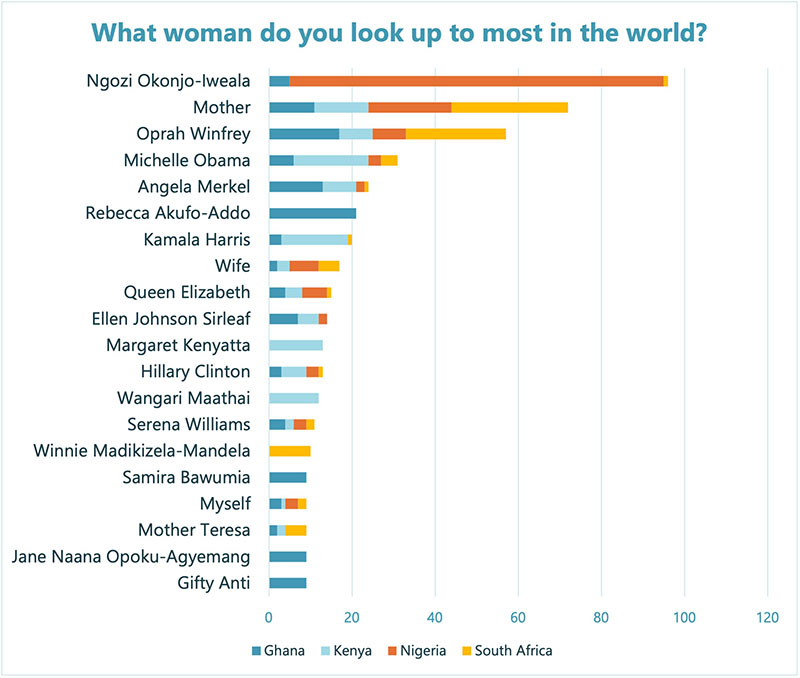 As the chart above displays, the woman respondents look up to most varies significantly by country. Some of the highlights include:

Despite the variances by country, the woman respondents look up to most remains fairly consistent across genders with a few exceptions. Of the top 3, Ngozi Okonjo-Iweala and Oprah Winfrey skew slightly female, while Mother skews slightly male.

SUGGESTED  GeoPoll Community Polls: Your Space to Connect and Learn 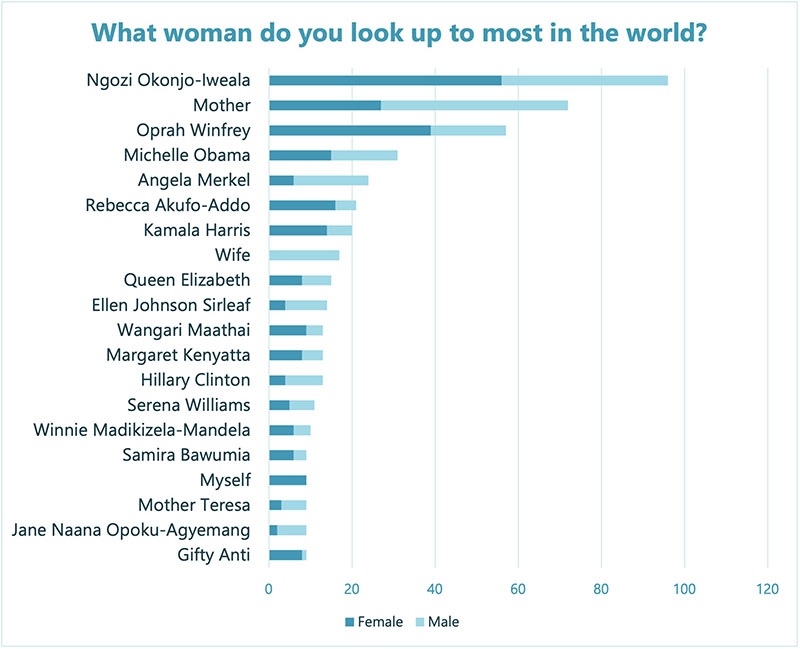 GeoPoll’s International Women’s Day survey concluded by asking respondents, “What are your hopes on gender equality in the future?” In the process of analyzing and coding the more than 1,500 open-ended responses to the question, the following themes emerged: 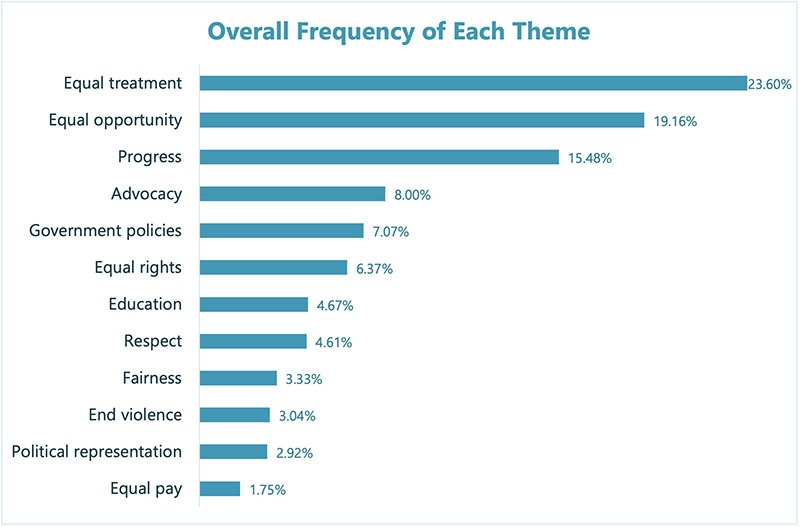 All 12 themes emerged in each of the 4 countries included in the survey. The more general, overarching themes of equal treatment, equal opportunity and progress surfaced most frequently in response to the question (58% combined). To paraphrase, most respondents hope that progress will continue toward a world where women receive equal treatment and equal opportunity.

Hopes for Gender Equality by Gender

Men and women share many of the same hopes for gender equality in the future. In terms of variances, ending gender-based violence/harassment and attaining equal pay are more common hopes for women, while implementing government policies is a more common hope for men.

To dive deeper into GeoPoll’s data on gender equality, click here to access the interactive dashboard. The dashboard allows you to view all the data in the report, filterable by country, age group, gender and question.

GeoPoll conducts surveys globally through multiple mobile-based methods with the ability to remotely reach any population. GeoPoll conducts research to help brands, international development organizations, and governments better understand realities on the ground, even in the face of the challenges the world is undergoing. To request more information on our capabilities or get a quote for an upcoming project, please contact us.