GeoPoll measures TV ratings daily in several African countries, and using our Audience Measurement Service we were able to track TV ratings over the summer and see how stations fared each month. Today we are looking at the summer TV ratings for Ghana. Our service collects ratings from the most popular stations in Ghana, determined by our own research and open-ended surveys: UTV, TV3, GTV, AdomTV, CineAfrik, Viasat1, JoyTV, and MetroTV.

For the month of June, TV3 was the most watched station with 687,873,625 total viewers. UTV came in a close second with 608,422,222. TV3 and GTV were the only Ghana stations that had rights to air the World Cup, explaining the high ratings 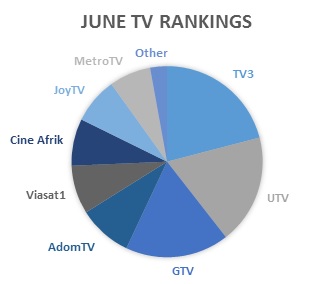 Looking at the month of July, UTV became the most popular station with 825,885,105 viewers. This greatly surpassed TV3’s record from June. The World Cup was winding down in the early weeks of July. This explains why a non-World Cup station was able to take the lead, even though World Cup viewership was so high. During July, TV3 had 661,005,079 viewers and GTV had 500,976,325 viewers. 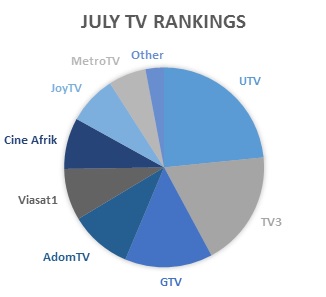 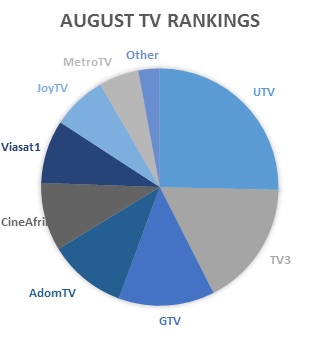 Want to learn more about our Audience Measurement service? Continue to read our blog where we regularly post insights from our data, and click below to subscribe and access daily TV & Radio ratings. Next week our blog will cover summer TV viewing for Kenya.