How long has it been since you last heard or read the words ‘big data’?

Big data is the new buzzword. Interest in big data is transcending the tech world, where it was first coined, to become a topic of conversation in the corporate world, with NGOs, and even in the governmental and international development sectors.

According to Bernard Marr & Co. the term “Big Data” has been around for some time now, however, there is still quite a lot of confusion about what it actually means.

We are in the information age. Unlike the industrial age in which information was scarce, we are now dealing with information overload. Information (useful contextualized data) and data (facts or figures) is now everywhere and the sources continue to increase every day.

What is big data, why is everyone suddenly talking about it and does it spell doom for marketing research-based data in this digital age? 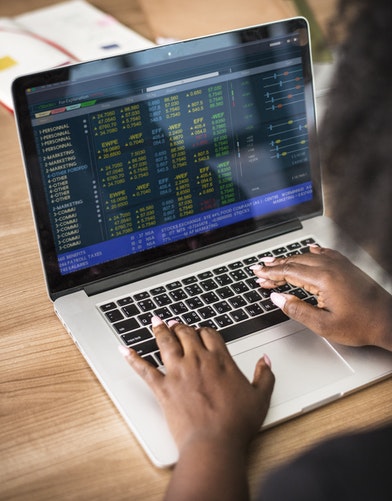 What is big data?

According to Gartner’s definition, circa 2001, Big data is data that contains great variety arriving in increasing volumes and with ever-higher velocity. Simply put, big data is defined as so based on the three Vs – volume, variety, and velocity.

If the data you are dealing with is large (several petabytes), complex (requiring extensive analysis) and comes from different sources, then what you have is big data. Publicly available website data and social media posts, retail purchase data, and healthcare data are just a few of the many examples of big data that are in use today.

Is there a difference between big data and market research-based data & which one is more effective?

Whereas big data can tell us what has happened in the past and can make predictions on future events, it is not able to explain “why” it happened. Market research-based data that is more targeted to a specific question and can also include qualitative data can answer “why”, which is a fundamental difference between the two types of research.

Many of us continue to get caught up in the semantics of which is more effective in understanding consumer behavior. Instead of focusing too much on the differences or which is better, the more important question is not how much data you have, rather its, what do you do with it.  The value of information obtained from the two methods of data collection and analysis (whether from large volumes of unstructured data – big data or from research-based data) is what determines the most effective one to your business.

If we were to focus on the desired outcome of research, which is most often getting information and/or insights to drive decision making, then we see that both big data and data from market research are both just a means through which we get an outcome. There are of course various other considerations to be made for each, such as the availability of the data in the first place, big data analysis capabilities, and the cost of marketing research among others.

While market research aims at solving particular research questions, big data tries to make sense of the information available where the topic/research question may or might not be in context ergo sometimes the need to have ‘influencers’ to drive the topic.

Big data takes a lot of time to get output from while market research could be scoped to a particular time reducing the time it takes to get the insights needed to make a business decision.

The question as to whether big data is going to render data from direct market research obsolete is one that continues to elicit huge debate in the research industry. In the developed world, big data is, in many aspects, providing insights that traditionally, only market research could. In the emerging markets such as Africa & Asia, due to lower adoption of technology, there currently isn’t as much data to prompt the concern as to the continued primary role and need for market research.

To answer this question, one needs to first contemplate the role of primary or secondary research in today’s world. The role of market research is to understand consumer behavior, perception and measure the consumption of goods or services- simply put, the “hows” and the “whys”.

Without context and connections, big data is useless. It is simply rows and rows of data that need to be compiled and manipulated in order to provide answers to a question.

Human beings are irrational and more often than not, why they behave in a certain way or why they make the decisions they make cannot be explained or even predicted. No amount of machine intelligence through big data analytics will have the capability to answer the “whys”.

According to Stantive, big data can’t replace the need for market research. Instead, the two complement each other, as each has its own purpose and benefits that if used correctly can be effective in understanding consumer behavior.

Where should business be spending their budgets?

Organizations still strive to understand and respond to shifts in demand and consumer preferences.  By having a clear understanding of the capabilities and challenges of big data and market research based data, businesses can effectively plan their expenditure  either on tools to collect and analyze their own big data, or go the primary research route by engaging a research agency such as GeoPoll to get a complete picture of consumer behaviour and preferences.

What is the future of research-based data in a digital age?

Technology continues to impact each phase in the research process, from collecting of data to analysis to eventually connecting the dots and communicating findings that drive decisions.

Big data is another facet that will continue to extend and expand the ability of researchers to identify and uncover critical demand and or consumer insights, but it’s unlikely to completely replace data sourced by market research any time soon.

Perhaps the best way to end this battle is to highlight a case study of Facebook which regularly polls its members about their experience on Facebook to understand “why” they do (or don’t do) certain things on their social network.

As of the second quarter of 2018, Facebook had 2.23 billion monthly active users. The sheer number of active users gives you an idea of the amount of data they crunch to determine what your feed looks like, which ads you are shown all thanks to big data analytics.

However, despite Facebook being one of the world’s best big data analytic experts with advanced algorithms to predict what we might like once we log on to our profiles, Facebook still turns to survey research  panels to better understand how we feel about the stories and ads in our feeds and to track how peoples’ attitudes toward the site evolve over time by collecting longitudinal data.