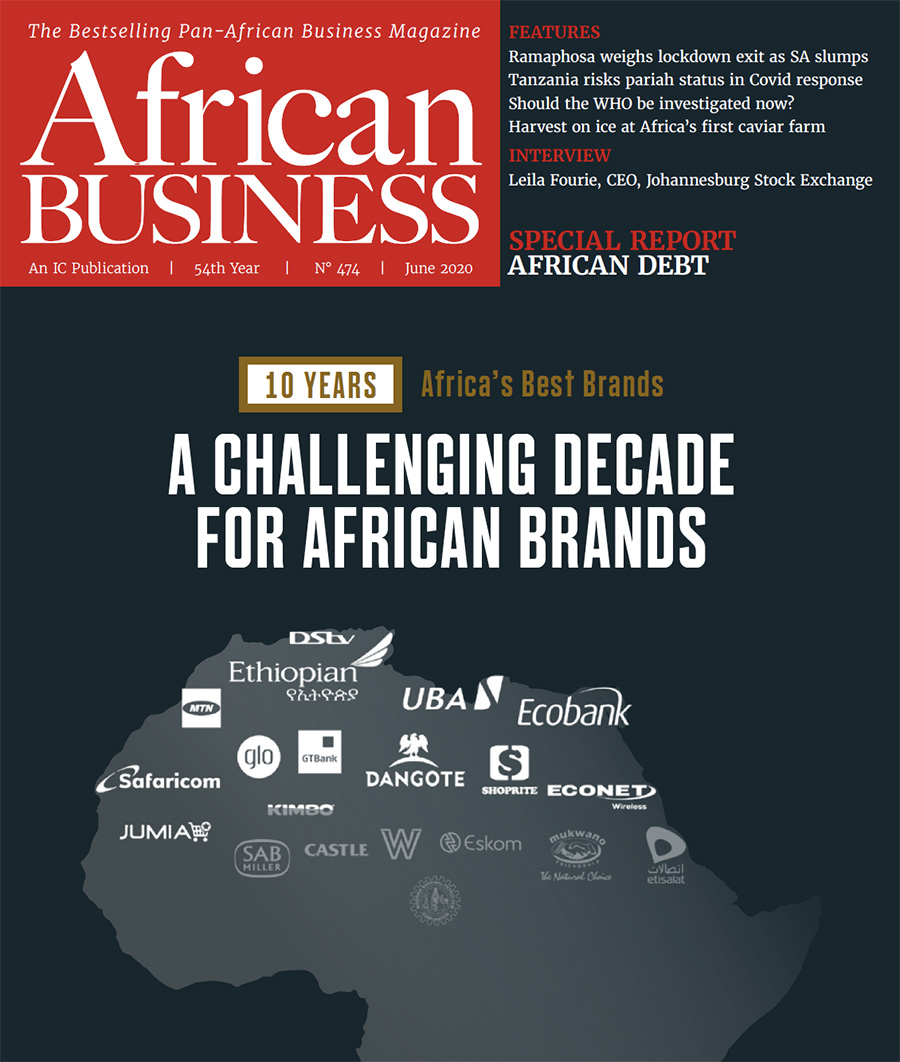 GeoPoll was pleased to once again partner with Brand Africa and Kantar on the launch of this year’s Brand Africa 100, an annual list of the top brands in Africa and in the key sectors of media and finance. This year marks 10 years since Brand Africa’s launch, and GeoPoll has facilitated Brand Africa’s data collection through mobile-based research methods since 2014. Rankings were announced through a virtual event including panels with top brand executives from Google Africa, Safaricom, and Dangote Group which can be viewed in full here. The survey was conducted through SMS and mobile web using GeoPoll’s database of respondents in 27 countries in Africa which represent over 50% of the African population and 80% of Africa’s GDP.

Despite talk of a growing consumer class and increase in the prominence of local African brands, this year’s ranking had the lowest percent of African brands since Brand Africa’s launch in 2010, with just 13% of brands in the top 100 being from Africa. Instead, brands such as Nike and Nestlé, that are headquartered in North America and Europe, along with Asian brands including technology giants Samsung and Techno, dominated the list. Sports apparel brands and technology brands, in particular mobile phone makers, were found to be the most popular brands in Africa in 2020. Nike was the top brand for the second year, with Adidas coming in at number two and Samsung in third place.

The Fast Moving Consumer Goods (FMCG) sector continues to grow in Africa, with global brands such as Coca-Cola investing more in the region. This year’s rankings find Coca-Cola to be the top FMCG brand in Africa, ranked number four, and competitor Pepsi comes in at number 16. Other FMCG brands in the top 100 include Danone, Unilever, and Nivea. The top three alcoholic brands were Ireland’s Guinness, followed by two local beer brands, Nigeria’s Star Beer and Kenya’s Tusker. Coca-Cola, Pepsi, and Fanta, all from the USA, are the top three non-alcoholic beverage brands, while Nestle, Dangote, and Unilever are the top three consumer, non-cyclical brands.

Given the importance of media in Africa, Brand Africa asks a specific question on top media brands in Africa. This year’s top media brands demonstrate the dominance of international news channels, with BBC, CNN, Al Jazeera, and ITV all within the top five, along with South Africa’s DSTV, which was the second most admired media brand. Social networks and websites including Facebook, YouTube, Google, and Instagram were also represented in the list of top media brands.

The financial sector has grown enormously in Africa in the past several years, with both mobile money brands and traditional banks vying for customers. For this reason, Brand Africa also asks a specific question on top brands in the financial services sector. Unlike the top media list, which was dominated by non-African brands, the financial services list shows the prominence of local banking brands throughout Africa. Nigerian and South African services are well-represented in the top financial brands list, with Nigeria’s GTB and First Bank taking the number one and two spot, and South Africa’s ABSA and First National Bank coming in at number five and six. Togo’s Ecobank, which was ranked number one last year, was the third most popular financial brand in 2020.

GeoPoll conducts research for top brands throughout Africa by remote, mobile-based methods including SMS, voice call, mobile web, and mobile application. If you’re interested in conducting your own study on your brand’s health or key performance indicators, please contact us today.