World Cup: Who is watching in Africa 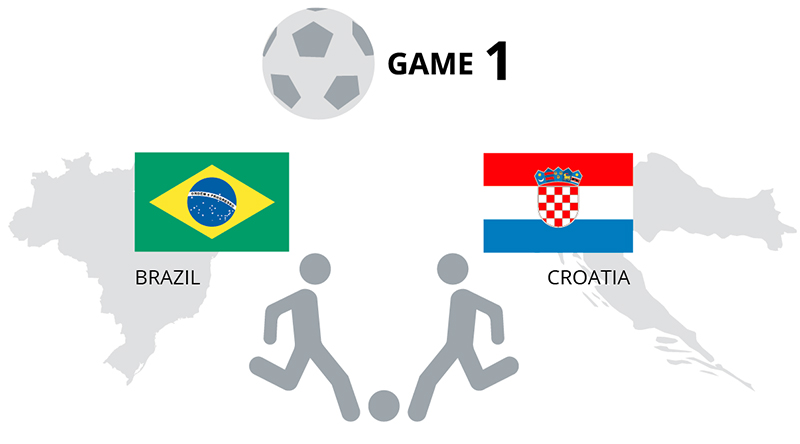 Yesterday the World Cup, the biggest sporting event in the world, played its opening game in Brazil. For the next few weeks as games are played, GeoPoll will be reporting on how many people were watching, what stations were most popular, and more, from 5 African nations: Ghana, Nigeria, Uganda, Kenya, and Tanzania. These ratings are part of our Audience Measurement Service, which delivers overnight ratings data, and are the only audience measurement statistics delivering data from these 5 nations, two of which (Ghana and Nigeria) are also playing in the World Cup.

We found that the largest amount of viewers were watching in Ghana: 3.5million, or almost 14% of the total population. In Nigeria, which has a much larger population, 10.25million were watching, or about 6% of the population. See more statistics below. 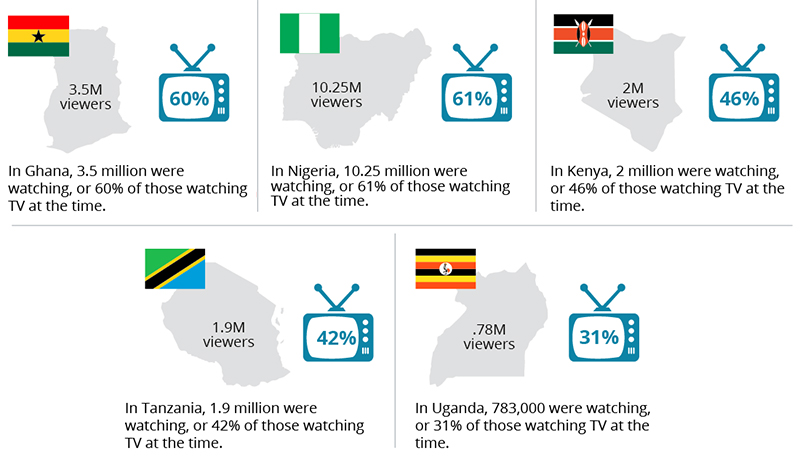 World Cup 2018: Over 29% of TV watching audiences from 5 African Countries watch the Nigeria Vs. Argentina match