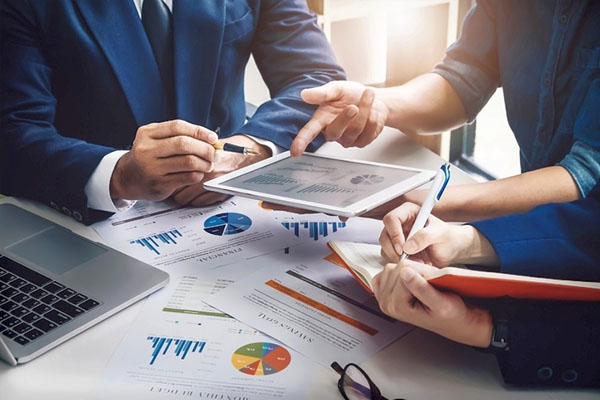 Once quantitative data has been gathered and cleaned, the next step in the research process is to analyze the data in order to glean insights from it. This step is crucial as data must be analyzed properly before a researcher can understand which findings are significant and report on the findings or make a judgment on their hypothesis. If data is not analyzed with care, findings may be misrepresented, which can lead to decisions being made upon statistics that did not accurately represent the entire dataset.

For example, one might use an average to represent a fact such as the amount customers are willing to pay for ice cream. However, if 95% of respondents stated that they would spend $5 or less on a pint of ice cream, and 1% of respondents stated that they would spend $100 on ice cream, an average would be skewed by the 1% who would spend much more. In this case, a researcher may decide that a different statistic, such as the median, would more accurately represent the findings. Making these judgments is an important step in the quantitative data analysis process, as are ensuring that data is properly cleaned and coded prior to analysis.

Quantitative data is analyzed using statistical methods, as quantitative data represents numbers from which datapoints can be calculated. Data from a quantitative dataset, such as survey results, is usually loaded into a program such as Excel or the statistics software SPSS which enables researchers to quickly create tables and charts in order to examine findings. Often the first step in analyzing a dataset is to view top-level findings using descriptive statistics such as mean, median, and mode.

In the below definitions, we will use the example of a survey with 400 respondents who were asked to rate their opinion of chocolate ice cream on a scale of 1 ‘strongly dislike’ to 5 ‘strongly like’. The data indicated that 100 rated an ice cream flavor a ‘5’, 200 rated it a ‘4’, and 100 rated it a ‘3’.

After examining descriptive statistics, researchers may use cross-tabulations to dig deeper into a dataset. A cross tabulation or crosstab is a way to show the relationship between two variables and is often used to compare results by demographic groups. For the above example, we could create crosstabs to show results by age:

Crosstabs can also be created to examine one datapoint by another, such as if those who rate chocolate ice cream highly also rate vanilla ice cream highly, or if there is a different relationship between the two variables. Crosstabs are useful to better understand the nuances of a dataset and the factors that may influence a datapoint.

Statistical significance is usually represented by a statistic called a p-value. A p-value is a calculated number between 0 and 1, and the lower the p-value is, the less likely it is that the results were due only to chance. Typically, a p-value of less than 0.05 is regarded as statically significant, as it means there is a less than 5% likelihood that the results were due to chance. While having a p-value of under 0.05 doesn’t necessarily mean that the stated hypothesis is true, it decreases the chances that any differences in the dataset are occurring by chance. Researchers who are running tests to make decisions, for example to determine if populations prefer vanilla or chocolate ice cream in order to make purchasing decisions, should use a test of significance in order to have more confidence in their decision making.

Programs including Excel, R and SPSS can calculate the significance of findings through a series of steps, outlined in more detail here. If you work with a full-service research agency such as GeoPoll, we can run statistical significance tests for you and include the resulting data in our data analysis.

GeoPoll is a research company that gathers data for international organizations, governments, consumer brands, and media houses which enables better decision making. Our services range from study and questionnaire design to data analysis, including the creation of data tables, crosstabs, and full research reports. To learn more about our capabilities or get a quote for your next project, please contact us.