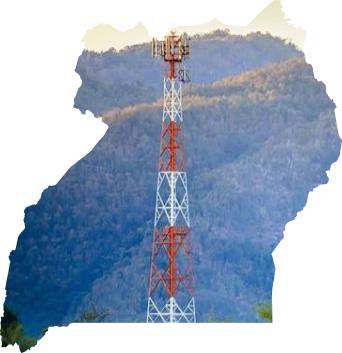 Celebrated as the “Pearl of Africa,” Uganda is known for its rolling rural landscapes, Lake Victoria, one of the last reserves of wild gorillas, and as the source of the Nile. In 2013, Uganda launched a strategic plan dubbed Vision 2040 to transform Ugandan society from a “Peasant to a Modern and Prosperous Country” within 30 years.

With information and communications technology (ICT) a core pillar of the goal, we look at the rising stature of the mobile phone in Uganda, focusing on coverage, mobile money, and mobile internet.

The State of Mobile Penetration in Uganda

In official government reports by the Uganda Communications Commission (UCC), for the first quarter of 2021, mobile subscriptions stood at almost seven SIM cards for every ten Ugandans (67%). According to AfterAccess, less than half (49%) of Ugandans have access to a mobile phone, with 71% of those connected using a basic phone. In 2021, the GSMA estimated that Uganda had a smartphone adoption of 16%, markedly lower than the 30% average for Sub-Saharan Africa.

Datareportal’s January 2021 report showed 60.3% mobile connections in relation to the country’s population, a 4% improvement from their similar report the previous year. GSMA’s latest Mobile Connectivity Index (2019) placed the figure at 61%.

Coverage is also growing. In Uganda, 2G networks now reach nearly the entire population, with mobile broadband networks (3G/4G) covering more than 80% of the country. For the majority of the population, mobile is their first and only platform to access digital services. The extensive area coverage of mobile networks provides a cost-effective option for connecting remote and sparsely populated communities and access to private and government services.

Another positive contribution of the mobile phone in Uganda has been the adoption of mobile money, which is fast becoming a significant contributor to financial inclusion in the country. By March 2021, mobile money accounts had risen to 30.5 million with at least 66% active in the first quarter of the year – which is twice the continental average of 30%. At the height of the COVID-19 pandemic, most Ugandans turned to mobile money for their transactions spurred by fee waivers and movement limitations.

The role of mobile money is so profound that a Finscope survey in 2018 estimated that 56% of Ugandans were accessing mobile money services, which is way above commercial bank accounts (11%).

At a foundational level, mobile technology provides connectivity to essential communications services and the internet. The growth of mobile internet means that people can use feature-rich digital services on their mobile devices, reducing the impact of much lower penetration of personal computers and other data-enabled devices.

As in most countries in Africa, the mobile phone is, by far, the most used method of accessing the internet. GSMA estimates that, overall, 46% of the population (unique) accesses the internet on mobile. Stat Counter estimates that over 70% of internet connections in Uganda were made on mobile in 2020. For perspective, 90.8% of Facebook users access Facebook through mobile phones only.

This growing reliance on the internet is not without challenges in Uganda. The country introduced daily social media and internet taxes targeting online services, including Facebook, Instagram, Twitter, and WhatsApp. Given that social media sites are the main drivers of Internet uptake across Africa as they are an effective substitute for costly voice and text services, experts say that the social media tax may have negatively impacted mobile penetration and social networking use. Uganda is also one of the most censored countries in Africa online, with internet shutdowns effected during elections.

The mobile penetration in Uganda presents the most plausible way to reach many Ugandans to collect any data. Using modes such as SMS, Mobile Web, Mobile Apps, and voice calls, researchers can reach varied audiences in Uganda to collect vital data for consumer insights and international development. GeoPoll has run close to 7 million mobile surveys in Uganda alone and can help you with your next research project. Please contact us to learn more about our coverage, available modes and experience in Uganda and across Africa, Asia, and Latin America.