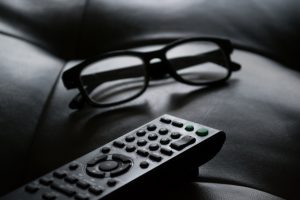 GeoPoll, Harmonies Media Group, and PHD Media are pleased to announce the launch of daily audience measurement data in Ivory Coast, collected through GeoPoll’s innovative mobile-based methodology. With this launch, GeoPoll will become the only provider of daily audience data for television and radio in Ivory Coast, which has previously relied on yearly media reports that do not capture daily changes in audience habits. Harmonies Media Group will use GeoPoll data to optimize the targeting of specific audiences and rapidly evaluate the effectiveness of marketing spend, allowing clients to save significant cost on media buys while ensuring messages reach the desired audience.

“We are excited to partner with GeoPoll to bring their audience measurement service to Ivory Coast. The media landscape in Francophone Africa is always evolving, and with daily data from GeoPoll we will be able to plan more effective media buys and react quickly to a dynamic advertising market, resulting in a higher return on investment for our clients,” said Sidikou Karimou, Chief Executive Officer of Harmonies Media Group.

GeoPoll is the leading mobile-based research company in Africa, and its audience measurement service uses a unique multi-modal methodology to collect daily media data from areas that are difficult to reach using traditional paper diary methods. Since its inception in 2014, GeoPoll’s audience measurement service has expanded to 14 countries in Africa, Asia, and the Caribbean, and is used daily by leading brands, agencies, and media groups.

“GeoPoll looks forward to increasing our presence in Francophone Africa with the launch of our flagship data product in Ivory Coast. As Africa becomes an increasingly mobile-centric continent, GeoPoll’s methodology continues to prove itself, and we are confident that the audience data collected by GeoPoll will be invaluable to those looking to reduce advertising costs across the country and entire region” said Nicholas Becker, GeoPoll CEO.

Initial data from the product reveals insights around TV, radio, and social media usage among the adult population in Ivory Coast, including:

GeoPoll Audience Measurement uses a diary method which collects data through surveys run by SMS and mobile application multiple times a day.  A four-hour recall period provides significantly more reliable data than traditional methodologies, in which respondents fill out paper forms over week-long periods and results are released several months after data collection. GeoPoll data is available the next day through an interactive dashboard, and integrated planning tools allow for targeting of specific audiences by location and demographics.

To request a demo of GeoPoll Audience Measurement in Ivory Coast please contact us here.