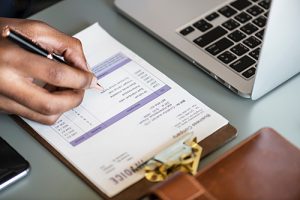 Surveys are one of the most common forms of data collection around the world. With the help of numerous templates and questionnaire examples available online, surveys are relatively simple to design and set up, and are used across industries. Surveys are behind many of our most well-known data sources, including census data, approval ratings, political polling, and customer satisfaction metrics. They support many question types and can gather a range of data points, including multiple-choice, ranking, open-ended, matrix ratings and select-all-that-apply, and can collect both quantitative data and qualitative data (by analyzing open-ended responses).

Surveys are useful for collecting data that quickly provide conclusive answers to research questions such as, “What products would my customers like to see from my brand next?” If 65% of surveyed consumers say they would purchase jeans over t-shirts, looking into denim production would be a good bet for the company.

Survey data can also be easily cross-tabulated to provide more in-depth data on certain segments of a population. For example, by comparing results by gender you may find that 80% of females would purchase jeans, whereas only 50% of men would purchase jeans from your brand and 50% would prefer you produce t-shirts.

The popularity of surveys is also undoubtedly due to the ease in which they can be deployed, especially in areas where Internet and phone usage is high. Brands often implement post-purchase surveys directly on their website, or email survey links to customer lists. Studies that require random samples can be conducted by automated phone dialers, which is a method used regularly by political polling firms. Using these methods, researchers can often collect a representative sample within hours or days.

However, conducting surveys in areas that have low Internet or phone penetration can be much more difficult. Collecting survey data from countries in Africa, which have very low landline usage and unreliable Internet connectivity, can take much longer, and researchers may have to use older and more manual methods of data collection. The most common methods for collecting survey data in Africa include:

How You Should Collect Survey Data in Africa 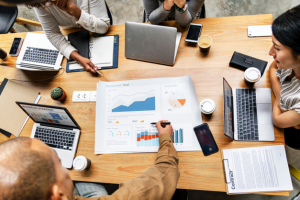 The “best” way to collect survey data in Africa depends on many factors, including your research goals, target audience, budget, and timeline. For those looking to collect data that is representative of a large portion of the population quickly and cost-effectively, SMS or mobile web are the best methods. Online surveys are very cost-effective and can be used to reach wealthier populations rapidly. CATI surveys are useful for gathering data from a population with low literacy rates, or when you are looking to conduct a longer survey. Face-to-face surveys can reach any population, including the lowest economic classes, however require a significant investment in both time and money. If conducting surveys via face to face methods, we recommend utilizing a trusted vendor such as GeoPoll who uses proprietary CAPI software to track survey completion rates and data quality while surveys are in the field.

No matter how you collect survey data in Africa, we recommend speaking to someone who has experience in conducting surveys in the countries you are working in. GeoPoll has experience collecting survey data in over 30 countries in Africa and can assist with survey design, sample acquisition through our respondent database, survey implementation, and data analysis. For advice on the best way to collect survey data for your project, download our full guide on conducting research in emerging markets or contact us today. 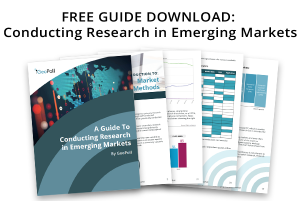