January of 2010 a massive earthquake devastated the lives of people in the Caribbean. The earthquake’s center was just outside the Hattian capitol, Port Au Prince. With an initial shock value of 7.0, and subsequent aftershocks in the days following, the event was a catastrophe. It has been estimated that about three million people were affected and approximately one million people were homeless immediately following the first rumble.

During this time, a man named Patrick Meier was studying the potential of digital maps for crisis response. After the earthquake struck, he became involved in the relief efforts. SMS texts were sent out by aid organizations to inform affected people of safety procedures. Eventually, people in distress were encouraged to text a special number if they needed rescue. Patrick and other volunteers wadded through the influx of these messages and did their best to prioritize need. The responses allowed volunteers to map out where people were alive and trapped under rubble, as well as map out which hospitals and pharmacies had accessible supplies. Patrick used this information to create a digital crisis map of the scene that helped to save many lives.

Despite overwhelming efforts, there were hundreds of thousands of lives lost that year in Haiti, yet the learning experience was incredibly valuable for future crisis response. Throughout the rest of this post, we focus on a variety of best practices around SMS message communications following crisis and mobile communications platforms like GeoPoll.

Do not send redundant SMS messages

In any crisis situation, there can only be one leader. It is important to avoid amplifying chaos in an already hectic environment. Aid organizations can be most helpful if they partner with each other. Instead of multiple organizations blasting SMS texts with safety information, a united front should be established. The people in the affected area should only receive one message about each relevant piece of information.

When sending safety information via SMS messages, be sure to identify who the information is coming from. Including a reputable organization name in the messages builds trust around the SMS communications, and encourages the distressed individuals to respect the information provided to them. 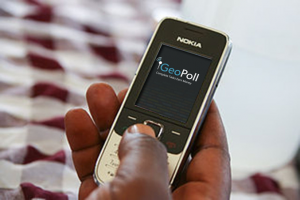 Allow people to unsubscribe to alerts

Allow people to unsubscribe to SMS safety alerts. It is possible that not everyone within the radius of an affected area needs to see the alerts—and some will wish not to receive them. Provide opt-in or opt-out options for SMS blasts.

Set up a way for people to make complaints

Allow for responses to be sent back to the aid organization. During the Haiti earthquake aftermath, a new response number was eventually created for people to send in requests for help, demonstrating the importance of SMS alerts having two-way communications streams.

Although there will be a flood of incoming messages, the messages can be organized and prioritized as quickly as possible. Messages can provide the information needed to lead rescuers to exact locations for rescue missions with probable outcomes—which is much more effective than digging through fallen buildings for a chance at finding someone.

Incoming messages can also allow for a broader understanding of the state of distress. The scope of the crisis and geographic area affected by the disaster can be determined quickly through the data provided by two-way communication with the individuals in need. 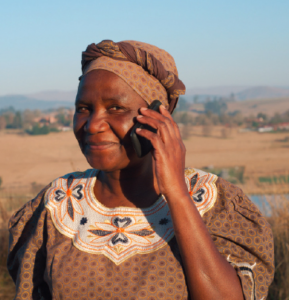 Keep in mind the level of education in the affected area. If literacy rates are low, simple and straightforward language is very important for communicating. Avoid complex sentence structure and words. Use simple words in short clear sentences. With very low literacy rates, voice calls with recorded messages may be the most effective way to contact individuals.  GeoPoll offers multiple modes of mobile communication, including SMS, CATI and IVR voice calls.

Determine the correct language and dialect to use for messages

Depending on the location and radius of the affected area, there may be more than one language spoken. Make sure to speak with experts about the languages and dialects that are spoken by the people before sending messages. 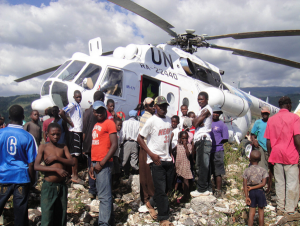 Be prepared for whatever may occur. Make sure to have a comprehensive plan in place before a disaster or crisis erupts and identify potential partners who can assist you. Sending mobile communications requires technology and connectivity with mobile network operators which can take months to build – platforms including GeoPoll have already-built platforms and partnerships which allow for the immediate deployment of mass communications.

Also, train all available future responders in advance. Prepare the individuals who may be pulled in to work on the aid effort with the preliminary plan of action—this includes training on who all of the relevant points of contact are, training on general procedure, and training on hierarchal communication structures.

Develop a rough guideline for crisis communication messages with team leaders beforehand. Every second counts in a crisis so have clearly communicated messages already drafted and ready to send with only momentary notice. If this planning phase is done well it can help your organization avoid mistakes when lives are at risk.

Information sent through SMS text is limited to a short character count. Realistically, SMS updates will only provide the individuals in need with vital information. Planning to dispatch aid workers to the area who have additional information can help organize some of the inevitable chaos spreading through a devastated area.

Do not distribute personal information gathered through the SMS aid process

Organizations often collect personal information during the aid or disaster recovery process including phone numbers and names. This data must be protected using secure procedures. Make sure to partner with trusted organizations like GeoPoll who have policies in place to ensure personal identifiable information is secure.

The use of technology in disaster response is fairly new, and society will learn more about the most effective ways to use SMS technology in crisis as time moves forward. In the meantime, inefficient practices are bound to accidentally arise out of necessity. This will provide additional insight into how to continue improving. However, it is important to always keep the fundamental principle of aid— “do no harm”—in the forefront of our minds throughout the learning process.

GeoPoll regularly conducts surveys that collect vital data and can send communications through one-way and two-way messaging via multiple mobile modes. Our database of over 240 million people in more than 60 emerging markets allows aid organizations to quickly reach targeted populations in specific areas, or GeoPoll can send messages to aid beneficiaries and other individuals when provided with phone numbers.

Contact us to learn more about how GeoPoll can help your organization help others.