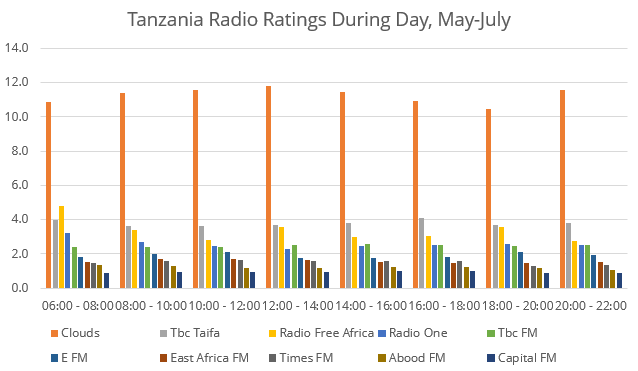 GeoPoll also examined average share over the entire period from May 1st – July 31st. Clouds FM commanded almost a third of the market share, 31.2%, far ahead TBC Taifa which came in 2nd, with 10.7% of the listening audience tuned into TBC Taifa on average.  There was only a small difference in share between TBC Taifa and Radio Free Africa, which had a share of 9.5%. Rounding out the top 5 stations for this period are Radio One and TBC FM. Due to regional radio stations, 13.6% of the audience on average was listening to stations other than the ones listed below. 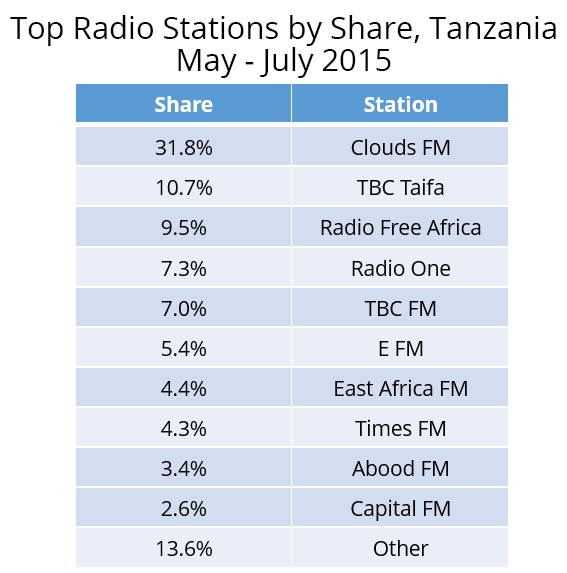 A comparison in share between February to April 2015 and the current period shows an increase in share of 7% for Clouds FM. We observe a marginal decline in share for TBC Taifa and Radio Free Africa, who had 12% and 10.2% audience share respectively earlier in the year.

To subscribe to Kantar GeoPoll Media Measurement and view daily data on Tanzania radio ratings, filterable by region, demographics, and pyschographics, click below.