During the first weekend of February, Max Richman, Chief Data Scientist at GeoPoll, attended the US Institute of Peace (USIP)’s second Peace Tech Camp in Erbil, Iraq (here’s a link to the first). Below is a summary of his short but sweet experience. 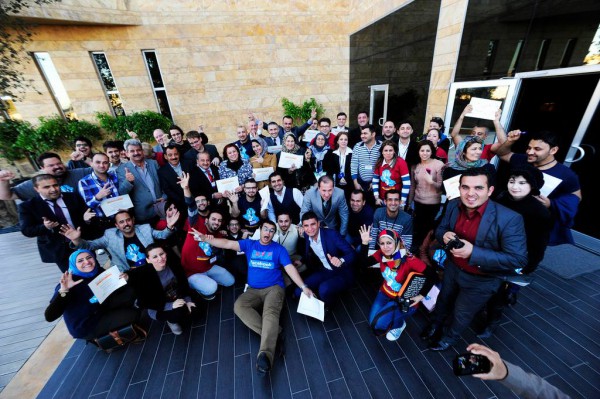 The goal of the second Iraqi Peace Tech Camp was to bring international and local technologists together, along with representatives from civil society groups and non-governmental organizations, to learn new approaches on how to utilize technology in support of their missions. There were individuals from across Iraq present, and some seriously smart folks in the room. Some of the local volunteer technologists had recently set up the first hacker space in Baghdad, and others had expertise in areas such as women’s rights, but were less well-versed in mobile and web technologies. Given the diverse audience, translations were provided between English, Kurdish, and Arabic.

The first day focused on new ideas and defining addressable problems. The morning began with rapid speed ‘geeking’ sessions where participants got a flavor for various new technologies. As always, I was blown away by the tech-savvy local and international volunteers leading the speed round. Mustafa Adil, an IT Administrator from Erbil, showed participants how to quickly and easily set up their own WordPress sites, dispelling myths that running websites is expensive and difficult for everyday web users. Sean McDonald from FrontlineSMS discussed how groups around the world are using affordable mobile technology to get direct feedback from program beneficiaries, and Anahi Ayala Iacucci of Internews showed where mapping tools are being used to collect and document examples of sexual harassment. I talked about GeoPoll’s pre-election mobile surveys in Tunisia and Afghanistan, and the impact they had in raising awareness around elections and helping local organizations target their efforts. These are but a few of the many technology topics we covered in the speed round. 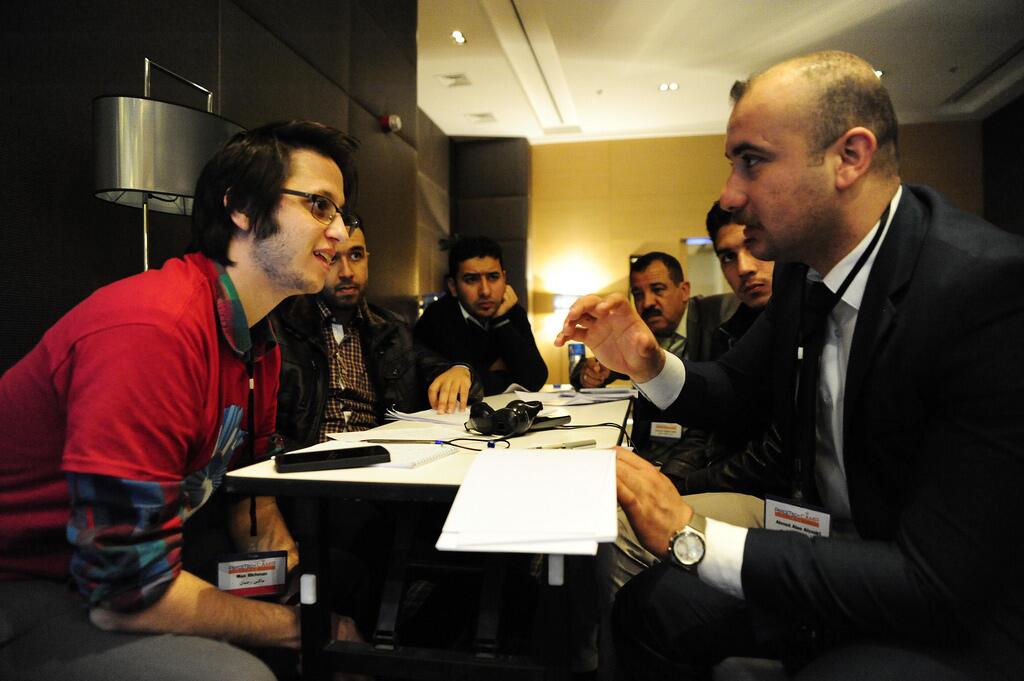 From the speed rounds, it was clear that participants were interested in learning about surveys and data analysis more generally, so I provided subsequent training sessions on those topics. By the end of the sessions, participants walked away with more knowledge about question design, sampling, choosing survey modes, and how to collaboratively prepare and share results, particularly using free tools like Google Forms and Google Spreadsheet. After a full first day, participants had also developed dozens of definitions for possible addressable problems that breakout groups would tackle the next day.

On Day Two, participants volunteered to lead popular breakout groups and I joined a group focused on NGO coordination, a huge challenge everywhere in the world. Local civil society representatives co-facilitated the morning and afternoon sessions while I listened through a translator and offered occasional suggestions including examples of contact lists and “who’s doing what where” tables. The day, and the camp, wrapped-up with the group expressing their goal to build an alliance among their six organizations, and discussing next steps on how to grow that network beyond Peace Tech Camp. 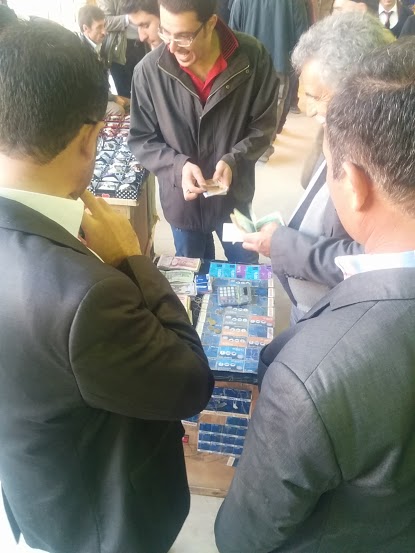 While there was not much free time at the conference (especially since I was battling a cold for most of it), a few of us did manage to visit the Qaysari Bazaar in central Erbil. I was amazed by the ubiquity of mobile phones sellers and airtime agents there; you could scarcely take a step without bumping into one. Many prominently displayed stacks of Iraqi dinar at their kiosks, as though to prove their reliability as a vendor through the number of bills they had. In one part of the bazaar, around a hundred young men stood around viewing new phones and bargaining for airtime purchases. Prominent billboards all around the rapidly urbanizing and growing city encouraged residents to join their mobile networks. In urban Erbil, mobile phones were everywhere, and Android smart phones and iPhones were quite common among the wealthier populations

Overall, the experience was rewarding and enriching. Erbil is a beautiful and booming city. Seeing the passion of the local volunteers and participants was inspiring, and a few of the ideas that came out seem to have real momentum, including creating a database of photos highlighting life in Iraq in a positive light, which is often drowned out by images of violence in the media. The whole GeoPoll team looks forward to helping out at future Peace Tech Camps!

TechChange Features GeoPoll in its “Mobiles for International Development” Course