Young people in rural sub-Saharan Africa are rapidly moving to urban centers—hoping to start their lives anew. Studies conducted by GeoPoll show that SSA’s rural population decreased while urban population increased between November of 2016 and May of 2017. The clear shift from rural to urban is indicative of more than just lifestyle preference. Various ecological, social, and economic reasons have served as a catalyst for the urban exodus throughout the region. 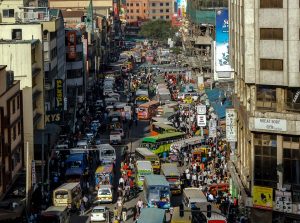 A deeper look into the migration points to agricultural issues in sub-Saharan Africa. Challenges that plague farmers reveal potential areas for improvement in the agricultural sector. Fortunately, recent innovations in technology provide opportunities to drastically change rural lives for the better. Addressing agricultural issues through technology could potentially lead to retaining rural farming populations and a decrease in the overall poverty gap in sub-Saharan Africa.

In this post, we review challenges associated with rural farming in SSA, specific areas for improvement in agriculture, and technology’s potential for nurturing rural agriculture.

Unlike many other places in the world, farmers in sub-Saharan Africa largely do not have irrigation sources to feed their crops with water. According to statistics published by The Food and Agriculture Organization of the United Nations (FAO) 96% of agricultural land is entirely reliant on rainfall. Geological reliance on rainfall is due to the lack of economic and societal capacity to develop irrigation channels for farmers in rural SSA. 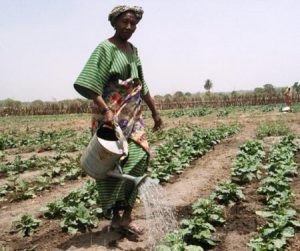 The impact of ecological reliance is further heightened by changing climates throughout the world. Increases in temperature, even if slight, are leading to crop losses. FAO explains that studies have shown wheat and maize crop losses with a change in temperature of only a degree or two. If no action is taken to combat the changing climate, FAO estimated that 20 percent of major cereal crops will be lost by 2050; thus, climate change is putting food and job security at risk throughout SSA and is influencing the shift from rural to urban.

Education is more prevalent in rural sub-Saharan Africa than in the past. Data from a survey conducted by GeoPoll indicates that primary school attendance in Kenya increased 1.8% between October 2017 and June 2018. Although education levels are increasing, the education system is actually beginning to provide a disservice for rural farmers. Rural children in schools are taught formally, rather than practically. According to a report published by This education challenge encourages students to view urban life as a goal and symbol of success—which is drawing more and more young people to urban centers.

Population numbers in SSA are booming. According to FAO, “about 220 million rural youth will enter the working age in the next 15 years.” The increase in population has developed even more demand for too few jobs.

Research conducted by GeoPoll and other groups such as the Kenya National Bureau of Statistics has shown a lack of appropriate employment in Kenya. GeoPoll data collected monthly between October of 2017 and June of 2018 shows a 2.7% decrease in full-time employment, a 1.5% decrease in part-time employment, and a 0.9% increase in full-time self-employment. These numbers affirm that Kenyans are struggling to find and maintain sufficient work. The lack of available employment is another factor driving rural youth to seek refuge in urban centers.

Impact of agriculture on poverty in SSA

Despite the outlined challenges, there are many areas of opportunity in sub-Saharan Africa, and studies show that improving agricultural production in the region would have a wide impact.

Decreasing the poverty gap in sub-Saharan Africa is a worldwide goal. According to statistics released by The Millennium Project, over 40 percent of all Africans do not have sufficient access to food. Similarly, about one in every three people in SSA are undernourished. Luckily, new advances in technology may be helpful in alleviating some of the poverty in sub-Saharan Africa.

Farmers in SSA are increasingly connected to technology in the form of mobile phones. Access to mobile technology provides farmers with interconnectedness that was not widely available in the past, and many companies have built mobile-based solutions aimed at the agricultural industry in Africa. These include everything from payment in and insurance platforms to those that provide farmers with advice, weather information, and more over mobile. 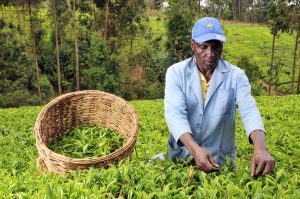 Image by Neil Palmer of CAIT, The International Center for Tropical Agriculture

GeoPoll uses our mobile platform to reach farmers in rural areas of SSA via multiple modes, including SMS, mobile web, and voice calls, which opens up a wide range of opportunity for connecting with and conducting research with the agricultural sector. In the past, GeoPoll has reached farmers in SSA for groups including the International Food Policy and Research Institute, who conducted a survey on maize seeds with smallholder farmers in Tanzania, and Farm Radio International, who were looking to reach banana farmers in Uganda to assess the impacts of their educational programming.

GeoPoll conducts similar survey research in hard to reach areas of the world every day, allowing our partners to reach extremely targeted groups of farmers, market traders, or consumers and gain comprehensive understanding of the problems that plague agriculture in SSA. In addition to survey research, GeoPoll can send one-way communications or set up text-in campaigns which provide valuable information on weather, crop prices, and more. To learn more about how GeoPoll can help your organization achieve international development goals like those discussed throughout this post, please contact us today to learn more about our services.