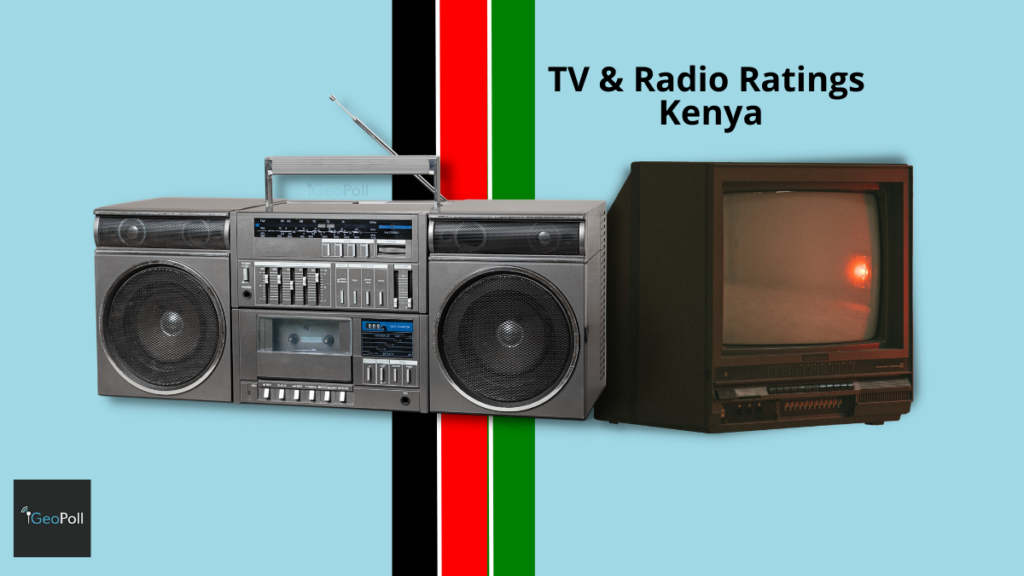 Citizen TV continued to dominate the Kenyan airwaves, with an overall share of 24%. NTV (9.5%) had the second-largest share, followed by The Standard Group’s sister channels – KTN and KTN News – and K24. Inooro TV (4.8%) and Al Jazeera (3.84%) were the only vernacular and international channels, respectively, among the top ten channels by viewership. 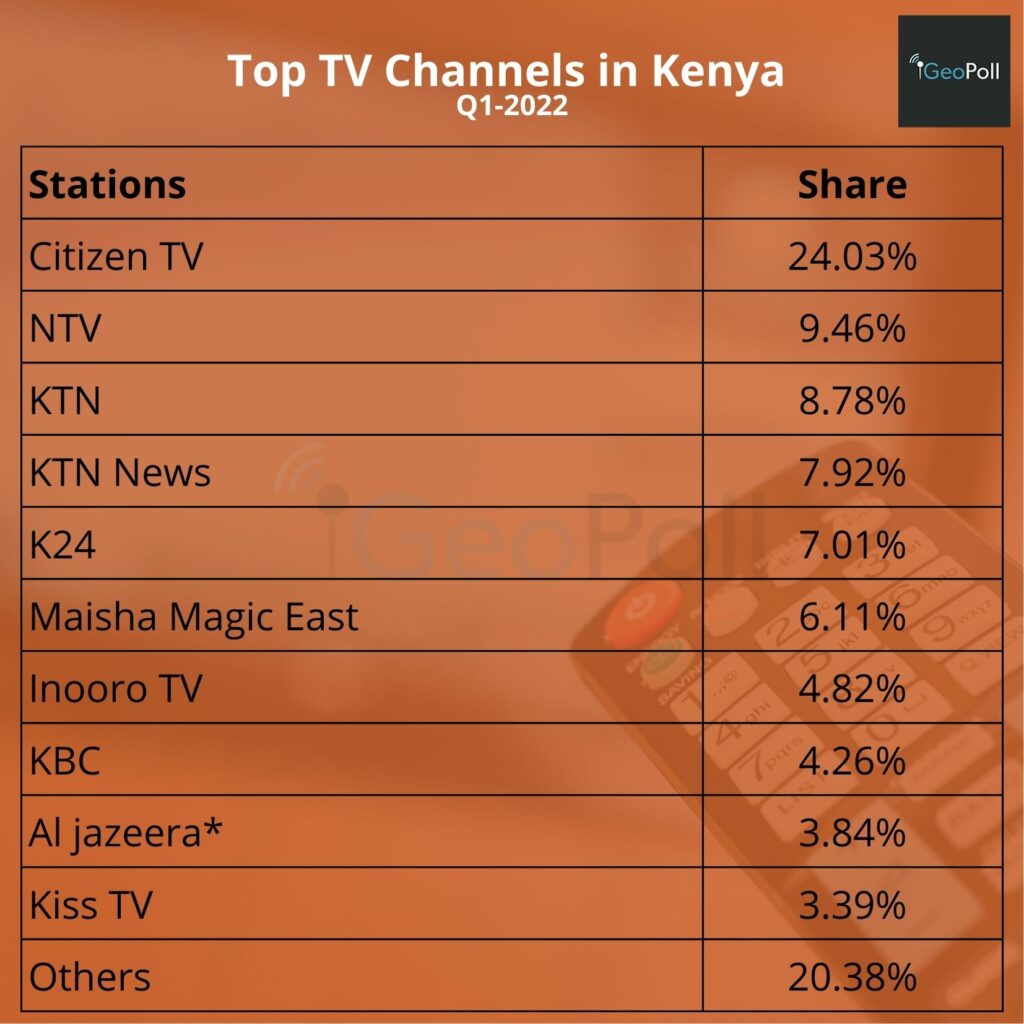 Breaking the audience by gender, males were the bigger segment of viewers for all the Top TV channels in Kenya, apart from Inooro TV, where 56% of the viewers were female.

Among the younger TV viewers (15–24-year-olds), K24, NTV, and Kiss TV were the most-watched TV channels. Maisha Magic East, KTN News, and Al Jazeera were the most popular among the 25 to 34-year-olds, while InooroTV, Citizen TV, and KBC were the go-to TV channels for the older populations (35+).

Citizen TV’s 9 o’clock news programs were the most popular, with an average daily share of 30.5%, rising to the highest on Tuesday (33.2%). NTV had the second largest segment of viewers between 9:00 and 10:00 pm, followed by KTN and KTN News. TV 47 also broke into the Top 10, with 3% saying they watched the relatively new channel during that time block.

Between January and March 2022, Radio Citizen was the most listened to radio station, with a 10.2% share of the radio audience in Kenya. Radio Africa Group’s sister stations – Radio Jambo and Classic 105, followed closely with 8.7% and 7.3% of the audience respectively. Radio Maisha (7.2%) and Kiss FM (6.9%) completed the top five. 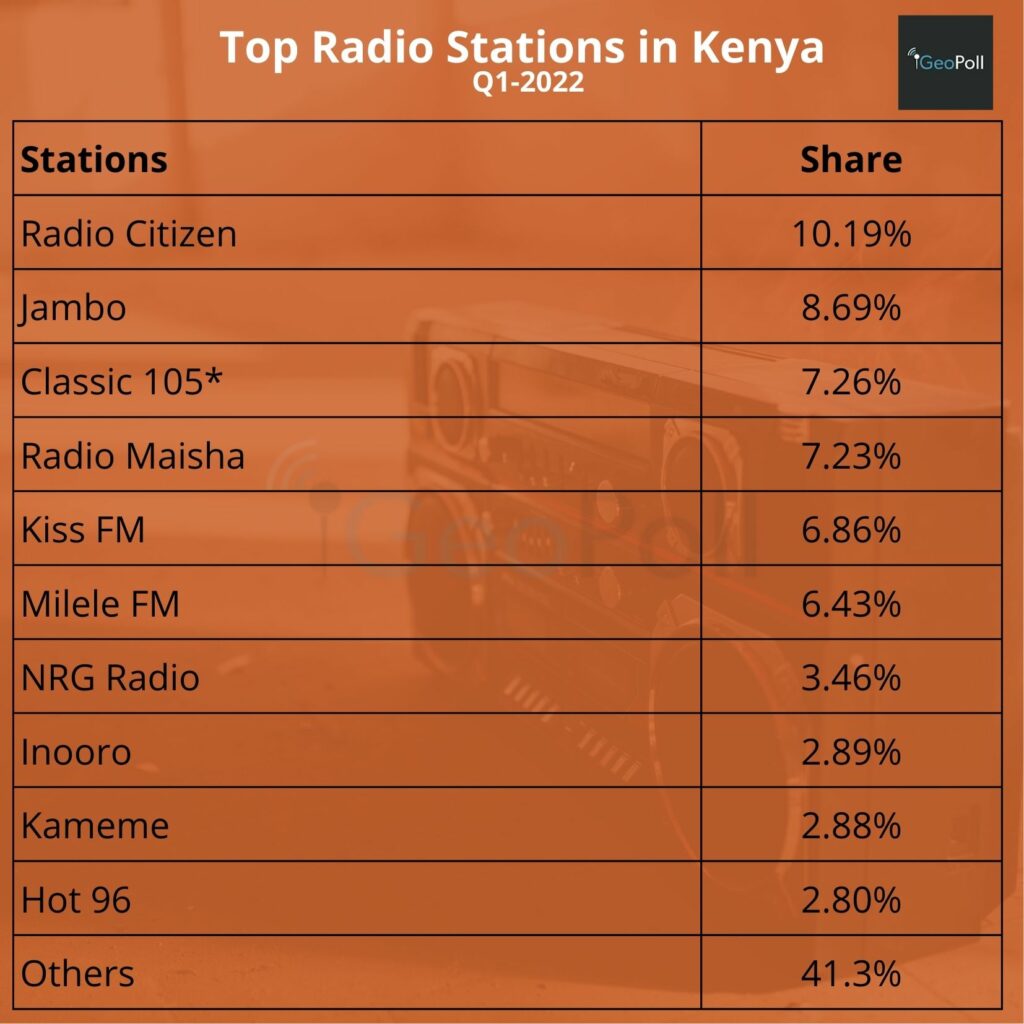 Looking at the two of the most prime slots on radio, Radio Citizen and Radio Jambo had a close battle for the morning shows (between 6 and 10 am), sharing Monday to Saturday. Milele FM was the most listened to on Sunday mornings.

About this GeoPoll Audience Measurement data

Through a unique mobile-based methodology, GeoPoll can provide accurate, up-to-date audience measurement data for TV, radio, and print that enables media houses, brands, and agencies to more accurately target their audiences and measure the ROI of advertisements.

Report: Top TV and Radio Stations in Kenya in 2021