The sample used to conduct a study is one of the most important elements of any research project. A research sample is those who partake in any given study, and enables researchers to conduct studies of large populations without needing to reach every single person within a population. Sample source, sample size, and how the sample was selected all have an effect on the reliability and validity of a study’s results – that is, how much those reading the results can trust that they will continue to produce the same results over time, and that they represent the wider population being studied. 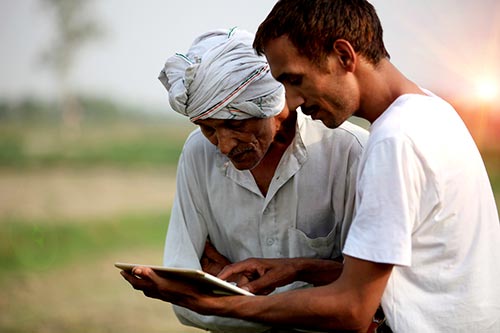 Non-probability sampling is when a sample is created through a non-random process. This could include a researcher sending a survey link to their friends or stopping people on the street. This type of sampling would also include any targeted research that intentionally samples from specific lists such as aid beneficiaries, or participants in a specific training course. Non-probability samples are often used during the exploratory stage of a research project, and in qualitative research, which is more subjective than quantitative research, but are also used for research with specific target populations in mind, such as farmers that grow maize. 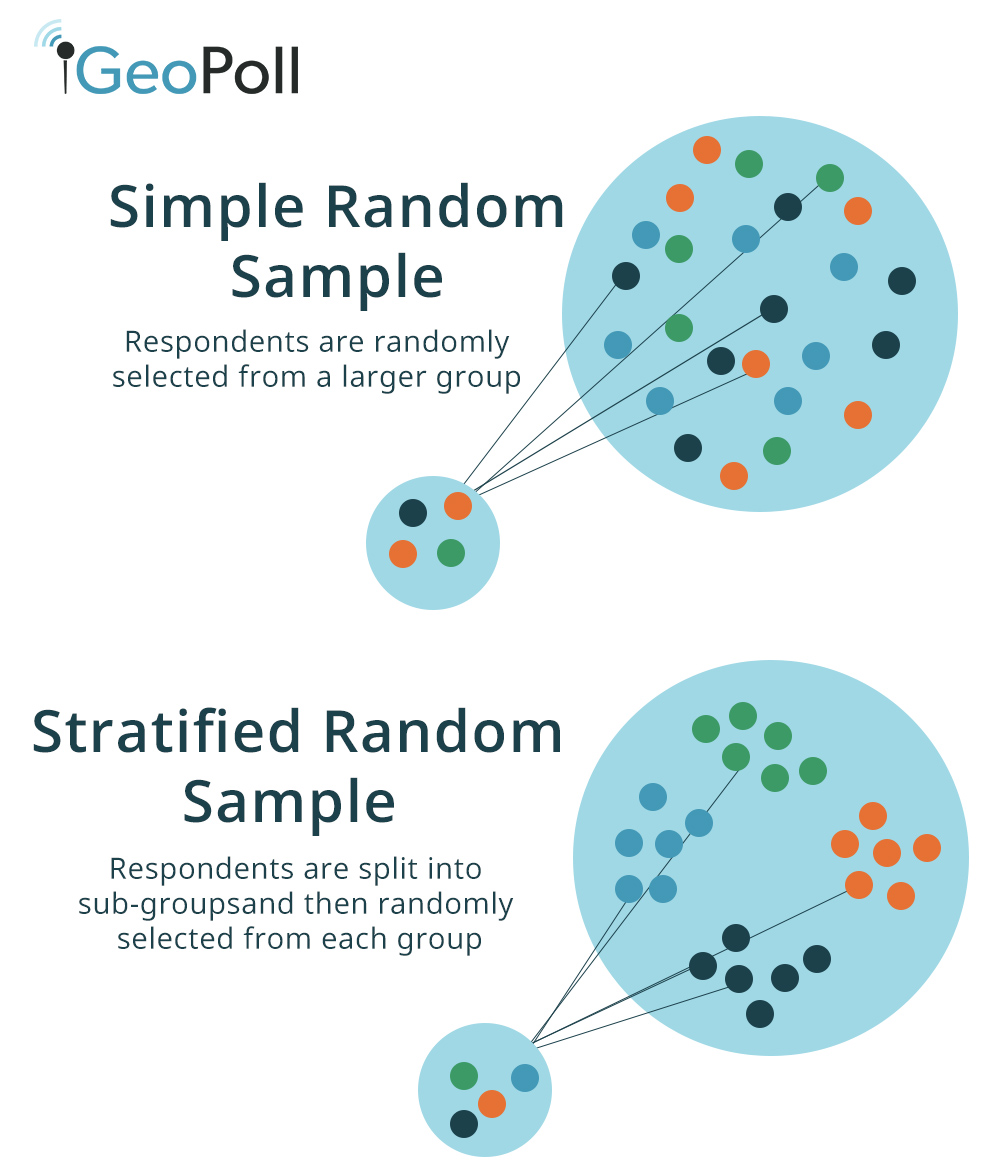 Simple Random Sample: The most basic form of probability sampling, in a simple random sample each member of a population is assigned an identifier such as a number, and those selected to be within the sample are picked at random, often using an automated software program.

Cluster Sample: In cluster sampling, a population is divided into clusters which are unique, yet represent a diverse group – for example, cities are often used as clusters. From the list of clusters, a select number are randomly selected to take part in a study.

Systematic Sample: Using a systematic sample, participants are selected to be part of a sample using a fixed interval. For example, if using an interval of 5, the sample may consist of the fifth, 10th, 15th, and 20th, and so forth person on a list.

SUGGESTED  How to Conduct IVR Surveys: A Step-by-Step Guide

Convenience Sample: As its name implies, this method uses people who are convenient to access to complete a study. This could include friends, people walking down a street, or those enrolled in a university course. Convenience sampling is quick and easy, but will not yield results that can be applied to a broader population.

Snowball Sample: A snowball sample works by recruiting some sample members who in turn recruit people they know to join a sample. This method works well for reaching very specific populations who are likely to know others who meet the selection criteria.

Quota Sample: In quota sampling, a population is divided into subgroups by characteristics such as age or location and targets are set for the number of respondents needed from each subgroup. The main difference between quota sampling and stratified random sampling is that a random sampling technique is not used in quota sampling; For example, a researcher could conduct a convenience sample with specific quotas to ensure an equal number of males and females are included, but this technique would still not give every member of the population a chance of being selected and thus would not be a probability sample.

Purposive or Judgmental Sample: Using a purposive or judgmental sampling technique, the sample selection is left up to the researcher and their knowledge of who will fit the study criteria. For example, a purposive sample may include only PhD candidates in a specific subject matter. When studying specific characteristics this selection method may be used, however as the researcher can influence those who are selected to take place in the study, bias may be introduced.

GeoPoll uses all of the sampling approaches described above based on the needs and can use probability-based methods for our sample selection, including stratified random sampling, to build nationally representative samples. To learn more, please contact us.

What is Random Digit Dialing?