Ricardo Lopes gives a welcome at the GeoPoll lunch

GeoPoll was pleased to attend the Pan African Media Research Organization (PAMRO) annual conference last week in Mauritius. GeoPoll sponsored the event, which spanned two days and allowed leaders in the media industry from across the globe, including executives from DSTV, Telmar, Ipsos, and BBC, and more, to discuss the latest trends in audience measurement.

Some of the themes showcased at this year’s conference included data fusion and the use of multiple samples in audience measurement, and case studies highlighted recent innovations in the industry, such as passive audience measurement. Notable presentations included those by BARC India, who has created a system that accounts for all media touchpoints in one sample and includes second screen consumption, and TIFA Research Kenya. 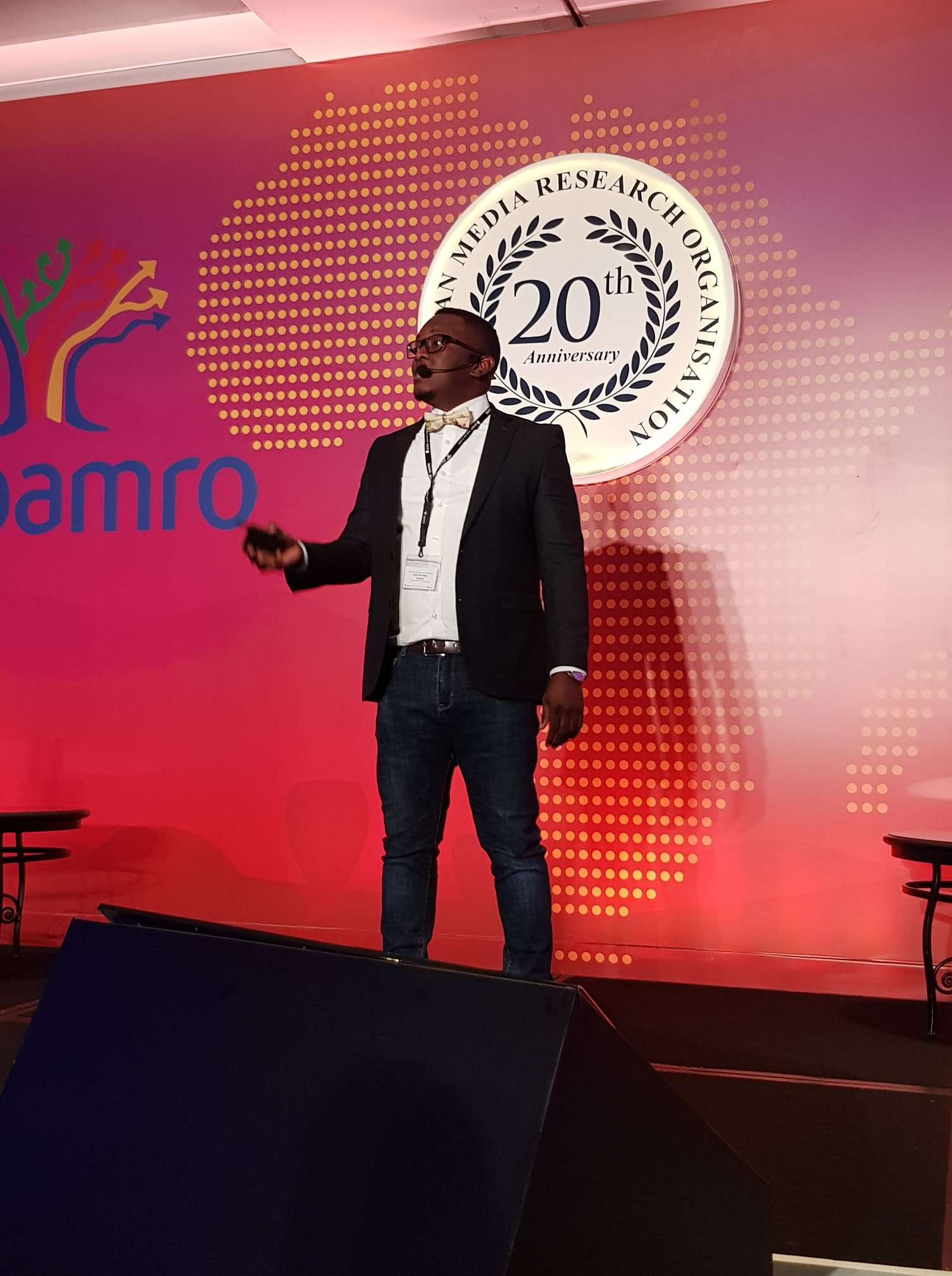 GeoPoll was also excited to present on some of our work with Pilot Media Initiatives, an organization that brings innovative and impactful media projects to life around the globe. In the presentation, GeoPoll’s JP Murunga demonstrated how we were able to use mobile-based video surveys combined with GeoPoll Audience Measurement data to assist PMI and Channels TV in their launch of the popular ‘The Other News’ in Nigeria. By sending respondents video clips of ‘The Other News,’ a satirical news show and the first of its kind in Nigeria, show creators were able to gauge reactions to the content and demonstrate the impact that satirical news could have over traditional news.

Pilot Media Initiatives was also able to use GeoPoll Audience Measurement data to determine the ideal timeslot for ‘The Other News’ before the show launched. As the show aired they used GeoPoll data to assess the success of the show, finding that by the end of the first season it had risen to the top-rated show in its timeslot. Our full presentation, authored jointly with Pilot Media Initiatives, can be viewed here. To learn more about the launch of ‘The Other News,’ see this profile of the show in The New Yorker.

As media research continues to evolve in Africa and around the globe, GeoPoll looks forward to future discussions with our audience measurement peers at PAMRO and other events. For more information about GeoPoll Audience Measurement, please contact us today.