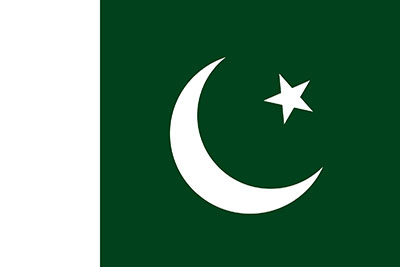 Pakistan’s large population and geographically significant location make it an important partner for multiple countries, including the United States, which considers Pakistan a strategic ally in counterterrorism efforts. Other countries also have strong influences on Pakistan’s politics, culture, and economy; Pakistan and India have been in ongoing conflicts over the Kashmir area since the 1940s, and China has a large influence on Pakistan’s economy through the China-Pakistan Economic Corridor and as China is Pakistan’s largest source of imports.

Although Pakistan has not recorded as many COVID-19 cases as India and other countries, lockdowns and other measures including the closure of schools to stop the spread of the pandemic have upended life for many in Pakistan in the past year. Actions related to COVID-19 combined with extreme weather events including drought, flooding, and locusts in the past years have also contributed to food insecurity in the country, particularly among the poorest populations.

In order to gather on-the-ground feedback from Pakistanis on their feelings towards the US troop removal from Afghanistan, foreign influencers, and how COVID-19 has impacted their lives in the past year, GeoPoll conducted a study via SMS in Pakistan with 408 respondents, the majority of whom were located in the Punjab region. The study was conducted in January 2021. While this study was not nationally representative, it provides some high-level insights into the views of Pakistanis and how they are looking to the future. Read a summary of results below or jump to the dashboard with full results.

Pakistan and the Great Power Competition

There are several factors that make Pakistan a geopolitically significant country, and as such foreign powers including the United States, China, and Russia have an interest in Pakistan. GeoPoll’s study asked several questions regarding foreign influences on Pakistan, and the responses demonstrate how different countries are influencing different aspects of Pakistan. Economically, China was the clear largest influencer, cited by 49% as the biggest influencer of Pakistan’s economy, likely related to the China-Pakistan Economic Corridor, an infrastructure initiative.

SUGGESTED  GeoPoll Report: On the Ground Data on the Humanitarian Crisis in Afghanistan

Pakistan’s Views on US Troop Withdrawal 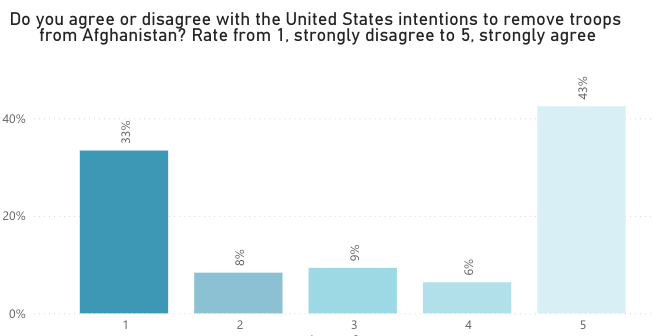 COVID-19 has had economic and social impacts on huge portions of the population in most countries, and Pakistan is no exception. In line with our findings from other studies, GeoPoll found that 41% in Pakistan stated that finances were their biggest challenge due to COVID-19, and 44% state that their income has decreased a lot compared to before COVID-19, with an additional 26% stating their income has decreased a little. Despite this, respondents expressed hope for the future, with 56% stating that they believe Pakistan’s economy will get better in the next year, and 55% believing that their personal finances will get better in the next year.