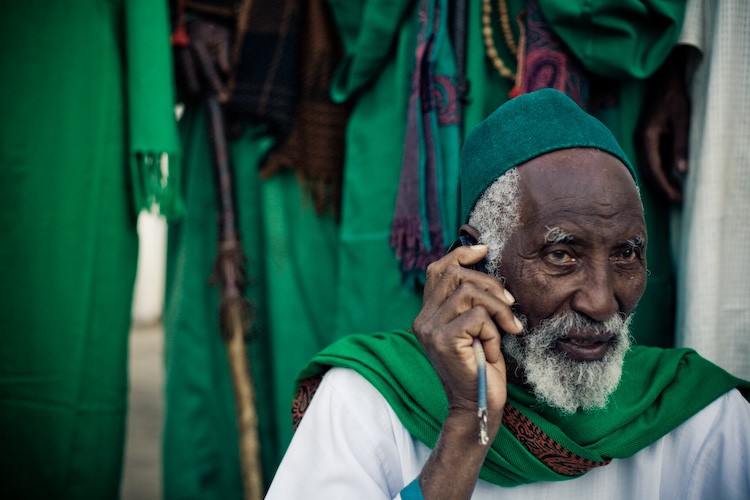 1. Beneficiary Survey: Through a mobile survey, GeoPoll asks respondents a series of household questions of different categories. The SES measurement is done at the household-level and is based off of six questions related to roofing material, source of water, type of shelter, television ownership, electricity access and distance to the nearest post office. These serve as proxy indicators for the standard SES metrics of income, education, and occupation. For example, respondents might answer they have a thatched roof and a single room house, and also have electricity and a television. The responses yielded from these questions enable the development of a socioeconomic profile. GeoPoll chooses to use proxy indicators as some respondents find direct questions about income sensitive, and income is not always the best measurement of overall economic status as it can fluctuate.

3. Determination of Score: GeoPoll conducts SES measurement on a scale of 0 to 100, with a score of 0 representing extreme poverty and a score of 100 extreme affluence. Respondents’ affluence is representative of a higher SES score. The SES questionnaire enables researchers to use proxy indicators for socio-economic class based on questions respondents are easily able to confirm.

4. Groupings of Living Standard Measurement (LSM): GeoPoll has developed conversion tables that allow for converting the SES score into LSM rankings, which are numeric socio-economic rankings specific to the country of study. Depending on the needs of the study, the SES score also allows for conversion to Socio-Economic Class (SEC) categories, which are classified as A (extreme affluence); B (affluence); C1 (moderate-high affluence); C2 (moderate-low affluence); D (poverty); and E (extreme poverty).

GeoPoll uses the LSM tool via multiple modes of mobile data collection on both social and commercial sector projects. Study topics range from HIV treatment perception, youth political perception, and commercial purchasing habits in countries like Kenya, South Africa and Nigeria. By adding LSM questions to a study, researchers are able to control for and analyze how socioeconomic status relates to other variables of interest. On a recent project, GeoPoll included LSM questions in a survey on citizen perceptions of government services such as health and education so that perceptions could be stratified by SEC group and any differences between groups in perceptions could be explored.

The Pros and Cons of Mobile Web Surveys