Case Study: Assessing the Impacts of COVID-19 on Smallholder Farmers 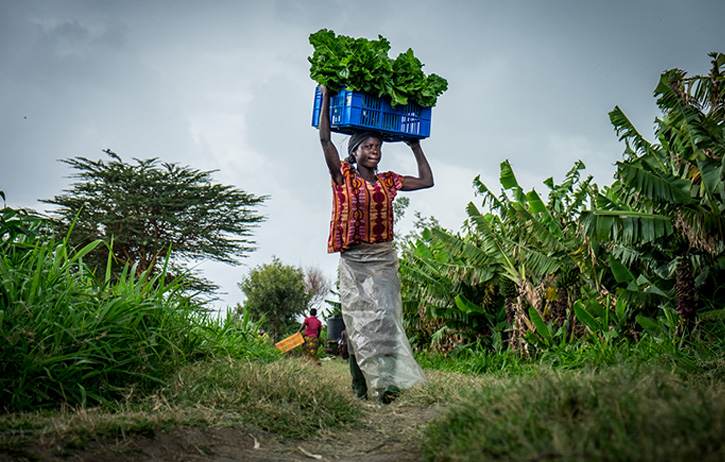 The Improving Market Systems for Agriculture in Rwanda (IMSAR) program, funded by the UK Department for International Development (DFID), has the aim of stimulating growth and reducing poverty in Rwanda. It aims to increase the income of poor households in targeted agricultural sectors by making selected market systems function more effectively for poor farmers and micro, small and medium enterprises (MSMEs). Palladium Rwanda’s IMSAR program partnered with GeoPoll to implement a 20–25-minute Computer Assisted Telephone Interviewing (CATI) survey of the program’s beneficiaries.

The core objective of the survey was to assess the awareness of the current COVID pandemic among IMSAR beneficiaries. Another objective was to understand how the pandemic and related measures to contain the spread of the virus were affecting smallholder farmers and small agribusinesses.

GeoPoll worked closely to adapt Palladium’s comprehensive survey tool that evaluated the effect of COVID-19 on Small Holder Farmers (SHF) and Fresh Fruit and Vegetable (FFV) gardeners. Palladium supplied a sample for GeoPoll of phone numbers and GeoPoll administered CATI interviews using trained interviewers located in a call center in Rwanda from October 1 to 7, 2020. A total of 571 mobile numbers were provided to GeoPoll. The goal was to obtain 400 completed surveys from across these groups, and 383 participants were ultimately reached and administered the questionnaire.

Looking at respondent demographics, 79% of respondents were male, and 74% were over the age of 35 years. The majority of respondents (54%) came from the Eastern province, out of Rwanda’s 4 provinces and Kigali region.

The pandemic clearly had a massive effect on these farmers’ livelihoods. A huge percentage, 78%, reported that their income decreased during the pandemic, and 27% of beneficiaries had ceased agricultural production since the pandemic altogether due to a lack of labor, a lack of agricultural inputs, or the feeling that it was too risky to continue. In addition, 68% of respondents reported they were currently seeking credit, a loan, or a grant to help recover or sustain their production during the pandemic, primarily in order to purchase agricultural inputs and pay laborers. However, 93% do feel they will be able to recover from the pandemic, though most report it will take 5 months or longer to do so.

IMSAR intends to incorporate the findings of GeoPoll’s survey into impact measurements and to understand in what ways IMSAR target groups benefitted from IMSAR’s programming, despite the ongoing pandemic. The findings are also designed to inform and/or modify the design of interventions and ensure they align with the purpose of IMSAR’s program objectives.