Kenya has been at the forefront of providing digital financial services for over a decade. The proliferation of mobile-based banking and lending platforms has provided unbanked populations with access to financial services and increased financial inclusion by over 50%. Digital lending, which provides people with easy access to loans of various amounts, has been especially popular, and there are now an over 120 digital lending platforms in Kenya. Despite this, until recently the sector had been largely unregulated, and there was little data available on who is taking out loans and how they are being used.

The Digital Lenders Association of Kenya (DLAK) is a new member organization incorporated in 2019 bringing together the leading digital-first loan providers and associated stakeholders to facilitate mutual growth in the digital lending sector in Kenya.
​
The main objective of the organization is to set ethical and professional standards in the industry, to collaborate with policy makers and other stakeholders in addressing industry issues, contribute to knowledge and learning and to drive the overall growth of the digital lending and Fintech sector in line with the Economic Pillar of the Vision 2030, MTP III and the Big Four Agenda.

The Digital Lenders Association of Kenya commissioned GeoPoll to conduct a study which aims to better understand the audiences and motivations for digital lending.

The study was conducted via SMS in December 2019, with over 4,000 who answered the initial questions and 1,000 respondents who completed the study after indicating they had taken out a digital loan in the past 6 months. There was a 50/50 gender split, and a 70/30 urban-rural split. Respondents were 18+ and located throughout Kenya.

Highlights of the findings include:

The study also demonstrated that consumers are drawn to the convenience of mobile-based lending: Getting loans any time of the day, having loans be approved without paperwork, and receiving money quickly were the most important features to users of mobile or web loans.

The infographic with results can be found here: DLAK Infographic. 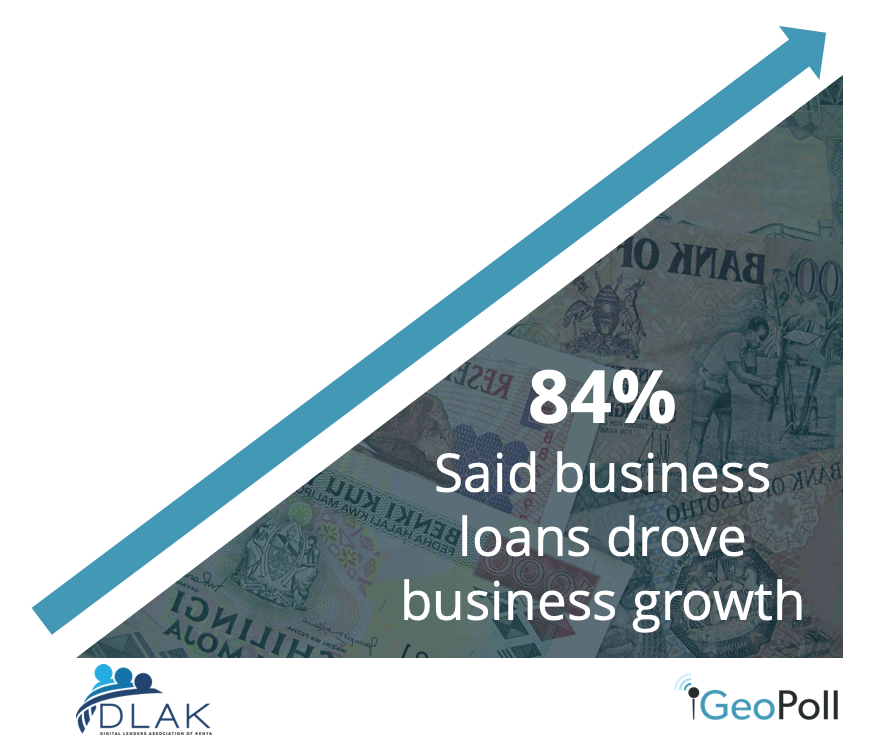 By using a mobile methodology, DLAK was able to quickly reach respondents throughout Kenya who use digital loans to better understand their experiences. This study will be used by DLAK and the digital lending sector to further grow their services in line with the needs and desires of Kenyans taking out loans. “The digital lending sector has grown exponentially in the past few years, and this study demonstrates the universal appeal of fast, easy to access digital loans for a multitude of purposes,” stated Robert Masinde, Chairman DLAK.